Vacation Friends is a light, fun and raunchy comedy giving viewers a little vacation from the real world gloom. Check out the details in my parents guide movie review. 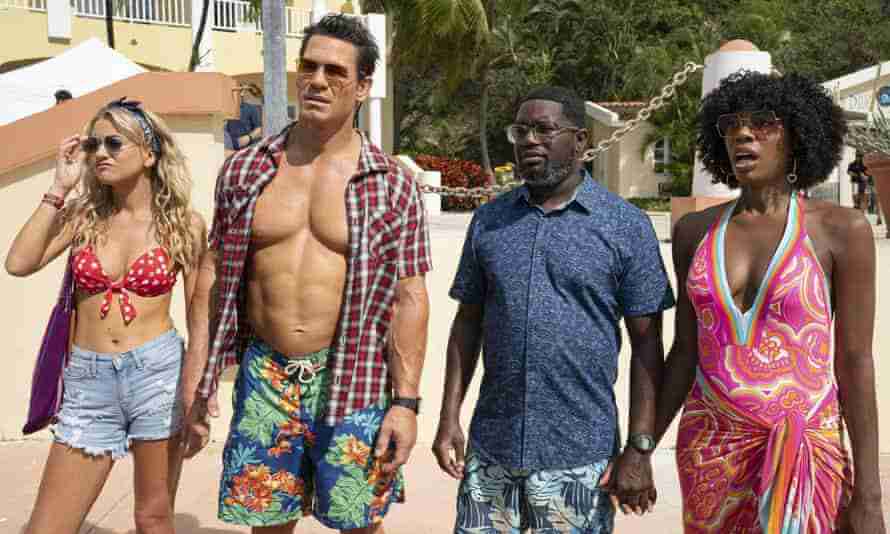 Vacation Friends is NOW available to stream on HULU today, August 27th. The film stars John Cena, Lil Rel Howery, Yvonne Orji and Meredith Hagner and is a hilarious, raunchy comedy for the fun date night. But is this movie safe for kids? Check out the details in my Vacation Friends parents guide movie review.

Marcus (Lil Rel Howery) and Emily (Yvonne Orji) enjoy an unusual week without inhibitions when they meet new friends on vacation, but they are horrified when Ron (John Cena) and Kyla (Meredith Hagner) show up uninvited to their wedding. 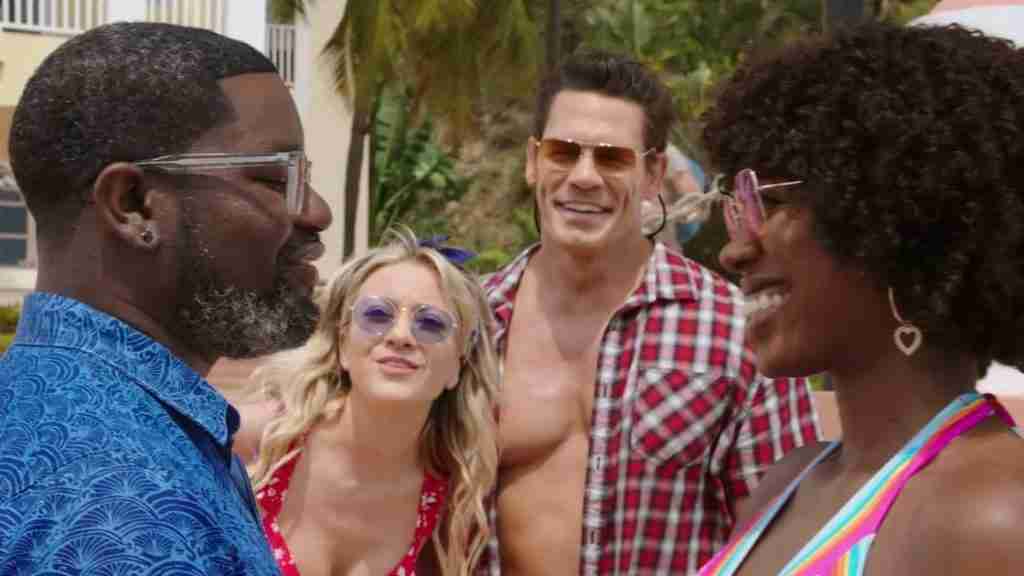 Lets take a look at what parents need to know before letting their kids watch Vacation Friends.

Drugs/Alcohol: The film has many scenes where adults are consuming alcoholic beverages and partaking in drug use, including cocaine.

Sexual Content/Nudity: There is a scene which reveals a bare bottom John Cena. The couples also take part in a drug induced “swinging” scenario.

Violence: Vacation Friends has a bit of violent and dangerous scenes, which include gun weilding, shooting bottles off heads of characters, and jumping off cliffs. There is also a bar fight which includes hand to hand combat of characters.

Vacation Friends is quite predictable, but most movies of these sorts typically are. However, that predictablity doesn’t take away from enjoying this comedy. Audiences typically don’t imagine muscular, macho John Cena as a comedic actor, however, I believe this is where he shines. Despite reviews, I absolutely loved his film Playing With Fire, mainly due to Cena’s role and this is also true for Vacation Friends. Cena goes all in as the zany and slightly crazy Ron, even to the point where he looks a bit crazy in the eyes. His character steals the scene whenever he arrives and it is a blast to watch.

And while Cena was the standout performance in the film, Howery, Orji and Hagner do a terrific job sharing the screen with him. The friendship Cena and Howery share on screen is very natural and I would not be surprised if this duo became besties after filming concluded. Hagner was simply a joy to watch. Her innocent features complimented the outlandish lines delivered in the film perfectly and aided in many of the comedic scenes.

And while Vacation Friends will win viewers over with its slap stick comedy, it also has some heartfelt moments and some great lessons in friendships. We all have that crazy friend like Ron, who will be your “wingman” and who willingly eats drugs when his friends accidently ingest them so they won’t go on that ride alone. Ron and Kyla are appropriately juxtaposed against the more proper Marcus and Emily, showing them that there is more to life than being stuffy and perfect.  Likewise, partying hard without end won’t serve you well forever.  Vacation Friends could have benefited from more of a buildup to the zaniness as the movie progressed, but instead it comes right out of the gate pulling no punches about what the viewer is in for. Overall, it is a tried and true formula that launches another salvo at fans of the genre and hits the mark it seems it was aiming at all along. 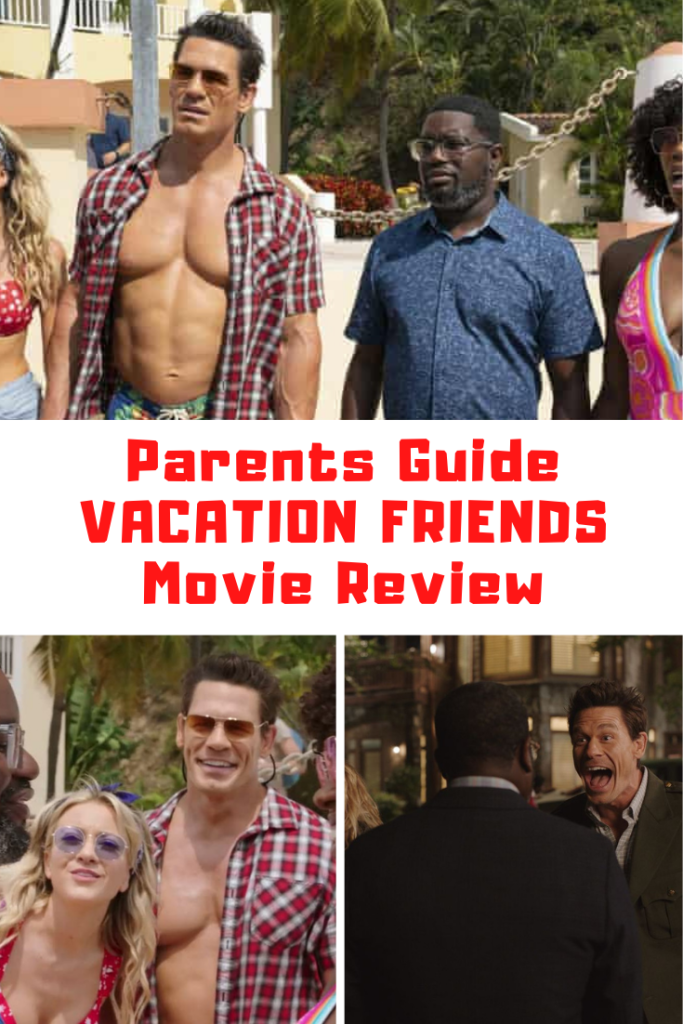