HBO Max’s The Sex Lives Of Collge Girls is another Mindy Kaling win, with likable characters and pure enjoyment. Check out the details in my parents guide review.

HBO Max’s The Sex Lives Of College Girls has now dropped its first three episodes on the streaming service. The show was created by Justin Noble and Mindy Kaling, who has had much success with her Netflix original show Never Have I Ever. The new series is a coming of age story that follows four college freshmen roommates from all walks of life. While the title reveals that much of their shenanigans may revolve around intercourse, it delves deeper into the emotional highs and lows of the roommates and their budding friendships. Check out the details in my parents guide review.

The show chronicles four 18-year-old freshman roommates at Essex College in Vermont. A bundle of contradictions and hormones, these sexually active college girls are equal parts lovable and infuriating. 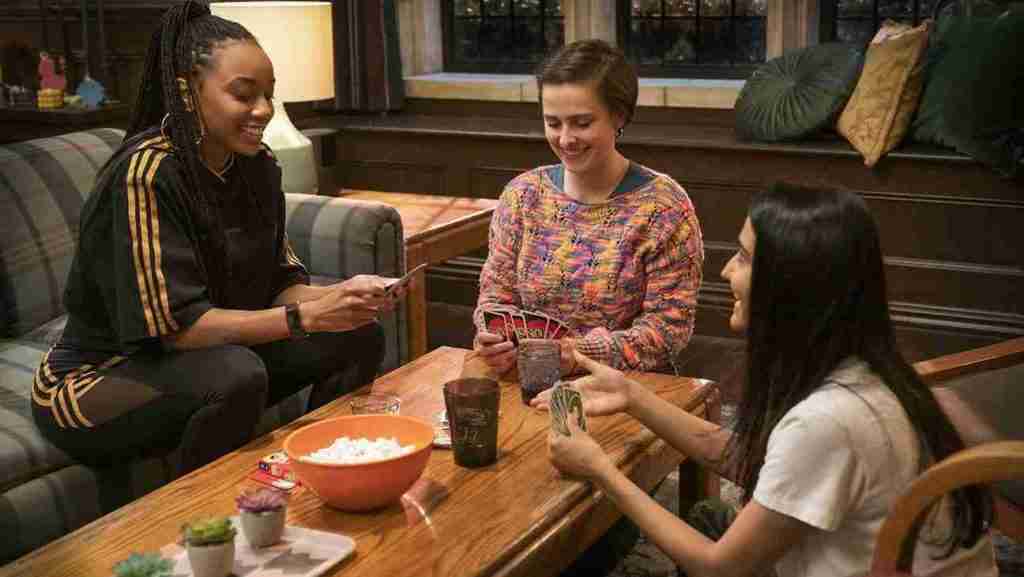 Let’s take a look at what parents need to know before letting their kids watch The Sex Lives Of College Girls.

**This review was given after completing three episodes of the series.

HBO Max’s The Sex Lives Of College Girls wouldn’t work without its stellar cast, whose authenticity makes the characters relatable and easy to connect with viewers. The four roommates are made up of a diverse cast from all walks of life, bonding together as they find common interests and navigate the uncertainties of college life. Renee’ Rapp plays Leighton, a privileged “mean girl” who is a closeted queer with an attitude. Rapp not only looks the part, but she exudes that bad attitude with a hint of vulnerability and fear, which causes her to hide who she truly is. Kimberly is played by Pauline Chalamet, a small-town girl from a low income family. Some of the funniest moments in the series revolved around Chalamet’s naivete’, as she is surrounded by big city girls who know a thing or two. Alyah Chanelle Scott plays Whitney, a black girl whose mother is a high-ranking government official. Whitney’s character arc is an interesting one, considering she is also an athlete who is having a relationship with her coach. And last but not least, we have Amrit Kaur, who plays Bela, a South Asian girl who aspires to be a comedy writer and have as much sex as possible. Given Kaling’s heritage and love of comedy, the audience wonders if it is based on her own experiences.

As mentioned earlier, the series includes a diverse cast of main characters as well as supporting roles. It is refreshing to see white, black, and brown girls with such a sex-positive attitude, as they become more comfortable in their own skin and figure out what and who they want in a sexual partner. However, for a series that literally has “sex lives” in the title, the show includes more discussions about sex than the actual act itself. This may come as a relief to some, because who wants to watch a show that only has endless scenes of sexual adventures? Didn’t we already get that in HBO’s Real Sex?

The Sex Lives Of College Girls isn’t exactly new and fresh; we have seen these sorts of themes in popular series before, think of Sex In The City for a younger crowd. However, do these sorts of stories ever really get old? Especially when a young, diverse, and interesting mix of girls is introduced into the college scene. Every generation seems to need their own show or series to connect with, and this one serves up all the classic lessons, with a modern flair. Things like being more inclusive, and showcasing contemporary clothing, slang and attitudes in a post smartphone world will help a new generation understand that everyone goes through the same things, even if our parents just wouldn’t understand. 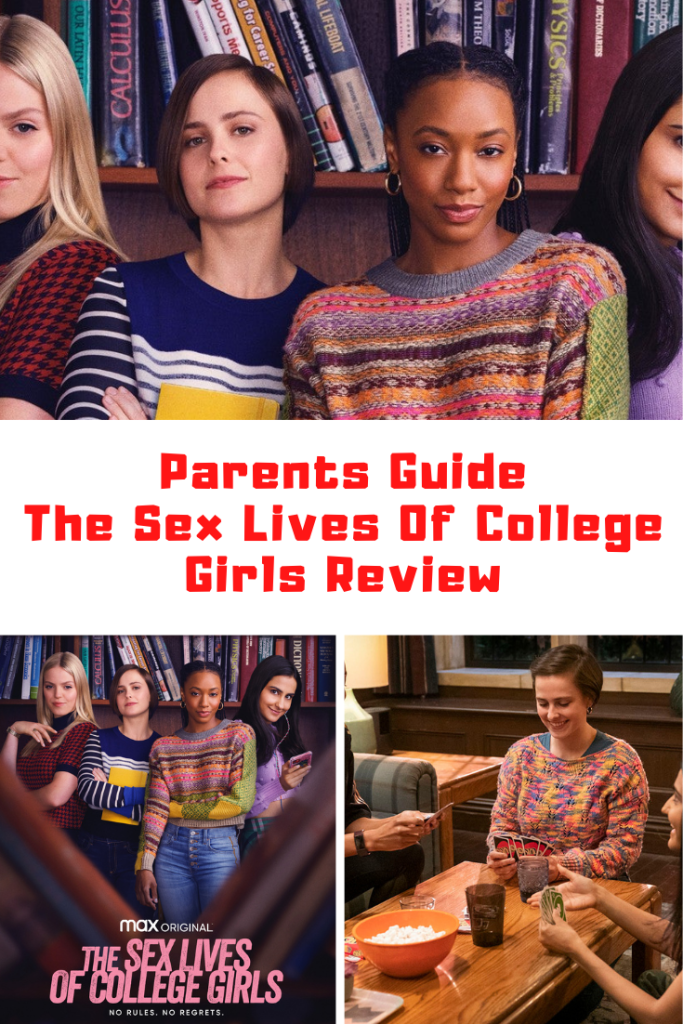