Netflix’s Bruised isn’t a perfect film, but it pulls no punches. Halle Berry delivers a knockout performance. Check out the details in my parents guide movie review. 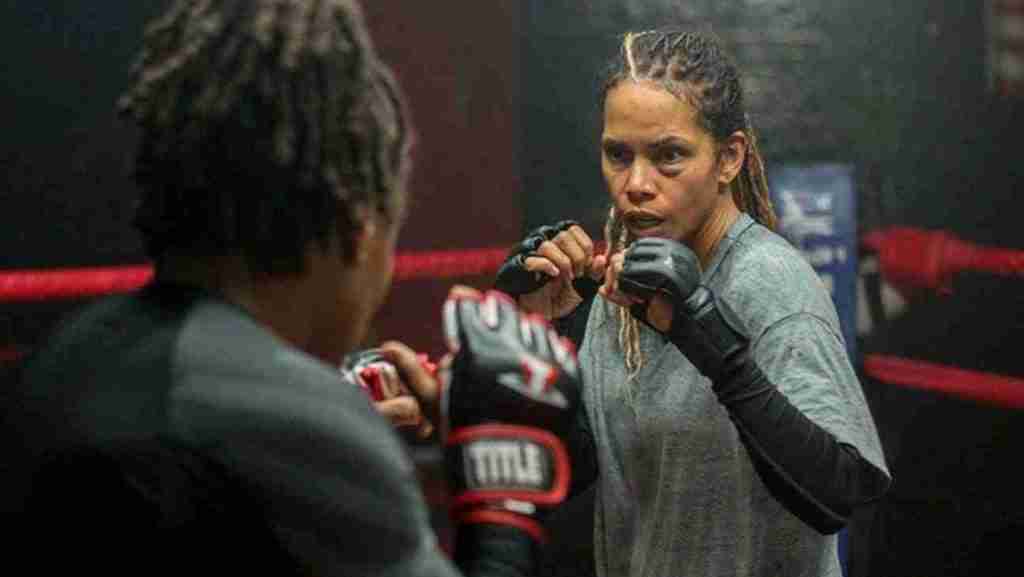 Netflix’s Bruised drops onto the streaming service today, November 24th. Halle Berry makes her directorial debut in the film, which she also stars in as the washed-up MMA fighter, Jackie Justice. Audiences may question the necessity of another sports melodrama, but Berry takes us deeper into the psyche of the fighter and her motives to rise above the odds. Check out the details in my parents guide movie review.

Jackie Justice (Halle Berry) is a mixed martial arts fighter who leaves the sport in disgrace. Down on her luck and simmering with rage and regret years after the fight, she’s coaxed into a brutal underground fight by her manager and boyfriend Desi (Adan Canto). This grabs the attention of a fight league promoter (Shamier Anderson) who promises Jackie a life back in the octagon. But the road to redemption becomes unexpectedly personal when Manny (Danny Boyd, Jr.) — the son she gave up as an infant — shows up at her doorstep. 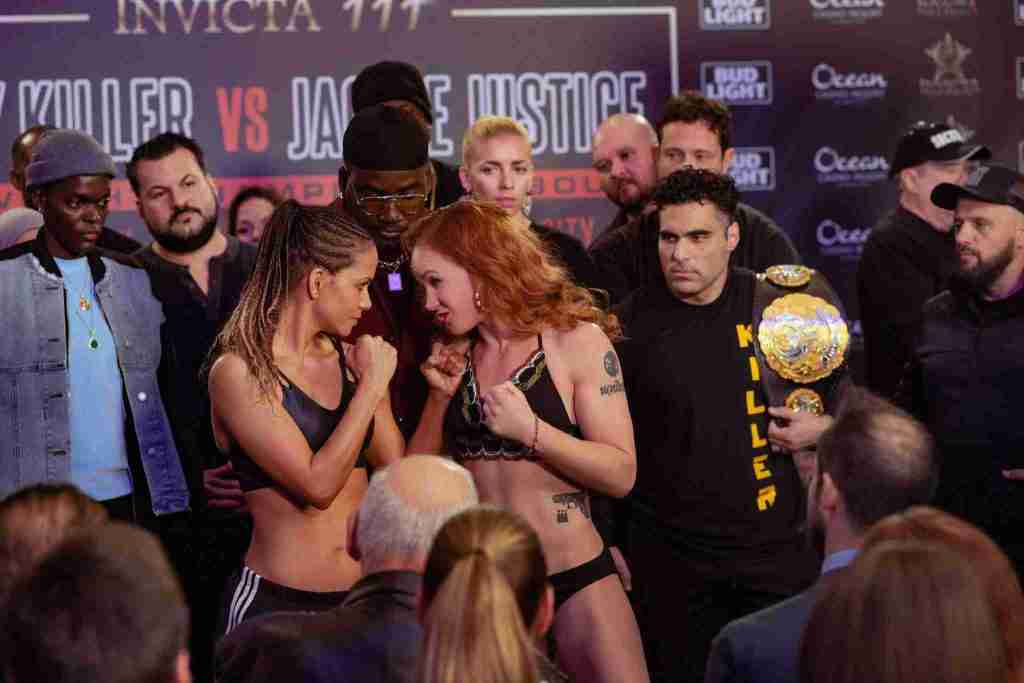 Let’s take a look at what parents need to know before letting their kids watch Netflix’s Bruised.

Sexual Content/Nudity: The film contains some sex scenes that show passionate kissing and thrusting. There are also some scenes in which characters are topless and their side boobs are revealed. In one particular scene, a character discusses being raped as a child, which can be triggering for some viewers.

Violence: Bruised centers around MMA fighting, which can get bloody and gory at times. Characters are shown being beaten brutally. There is also a scene in which a character threatens to hit a child, but the mother intervenes.

The best part about Netflix’s Bruised is the performance given by Halle Berry, who also directs the film. I am always amazed when a star is able to put on two hats when producing films, and feel it could easily hinder the performance. Not in this case. Berry, who won an Oscar for her role in Monster’s Ball, may have given her best performance yet. She is brilliant at tuning into those deep, raw emotions, and translating them onscreen. Viewers are invested in and rooting for her character from the very moment she throws her first punch. Berry makes it look easy and natural, and this is why she is a master of her art.

The casting in Netflix’s Bruised was spot on. Adan Canto plays Jackie’s boyfriend and manager, Desi. Canto reveals the many layers of his character with an unmistakable authenticity. From the controlling boyfriend to the semi-caring boyfriend and caregiver to her son, Canto excells. Most surprising to this author was the performance given by Justice’s son, Manny, played by Danny Boyd. While his subplot to the storyline seemed out of place, Boyd shone onscreen, which is especially impressive given that he shared the majority of the scenes with costar Berry. While his role didn’t require any dialogue, he reached viewers and pulled at their heart strings with facial expressions alone. This is a feat in itself!

The film is quite predictable however, and at over two hours long, it dragged at times. The biggest problem with Bruised is that it tried to fit too much in that runtime, making it a bit muddled and disjointed. The third act in particular threw in a new romance, which seemed unnecessary to the storyline, and did not add entertainment nor value to the plot. Netflix’s Bruised could’ve been a knockout of a film, but it ended up being another underdog sports film that pulls no punches, although in the end, there won’t be any titles won this round. 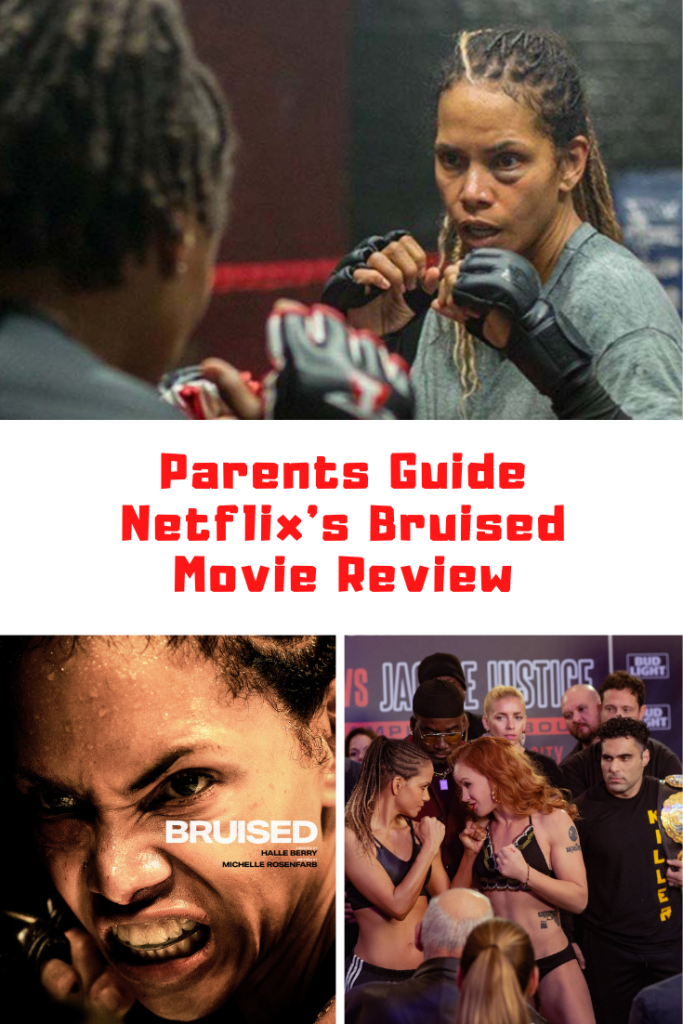