Netflix’s Don’t Look Up is a clever satire that would be totally hilarious if it weren’t so relatable to present day events. Check out the details in my parents guide movie review. 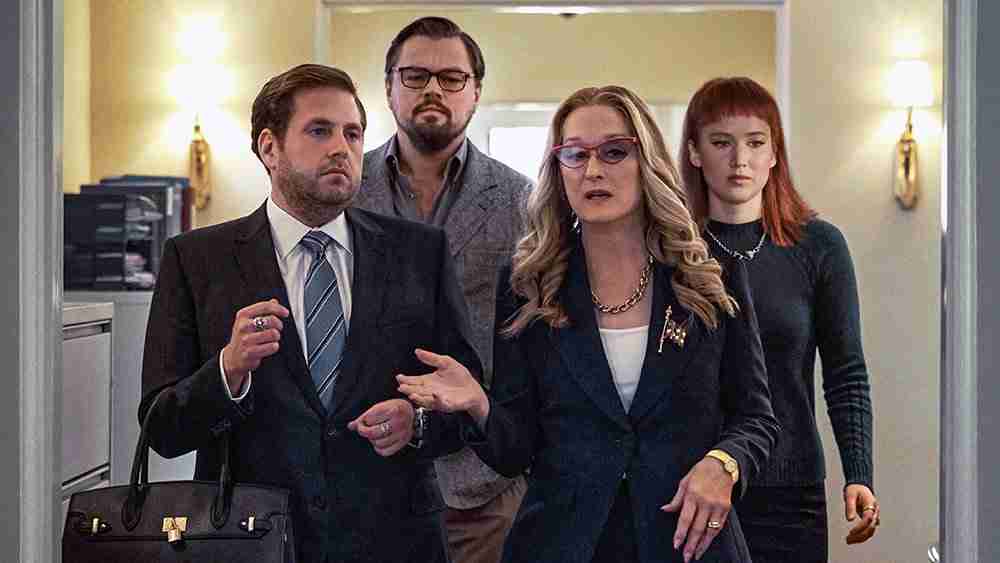 Don’t Look Up dropped in theaters this past weekend and is coming to Netflix on December 24th! The film stars Leonardo DiCaprio and Jennifer Lawrence in this cleverly written doomsday satire, but does the film hit a little too close to home? Written and directed by Adam McKay (The Big Short), this ingeniously crafted film brings to light the politics that are destroying our planet and those who refuse to acknowledge it. Check out the details in my parents guide movie review.

Kate Dibiasky (Jennifer Lawrence), an astronomy grad student, and her professor Dr. Randall Mindy (Leonardo DiCaprio) make an astounding discovery of a comet orbiting within the solar system. The problem — it’s on a direct collision course with Earth. The other problem? No one really seems to care. Turns out warning mankind about a planet-killer the size of Mount Everest is an inconvenient fact to navigate. With the help of Dr. Oglethorpe (Rob Morgan), Kate and Randall embark on a media tour that takes them from the office of an indifferent President Orlean (Meryl Streep) and her sycophantic son and Chief of Staff, Jason (Jonah Hill), to the airwaves of The Daily Rip, an upbeat morning show hosted by Brie (Cate Blanchett) and Jack (Tyler Perry). With only six months until the comet makes impact, managing the 24-hour news cycle and gaining the attention of the social media obsessed public before it’s too late proves shockingly comical — what will it take to get the world to just look up?! 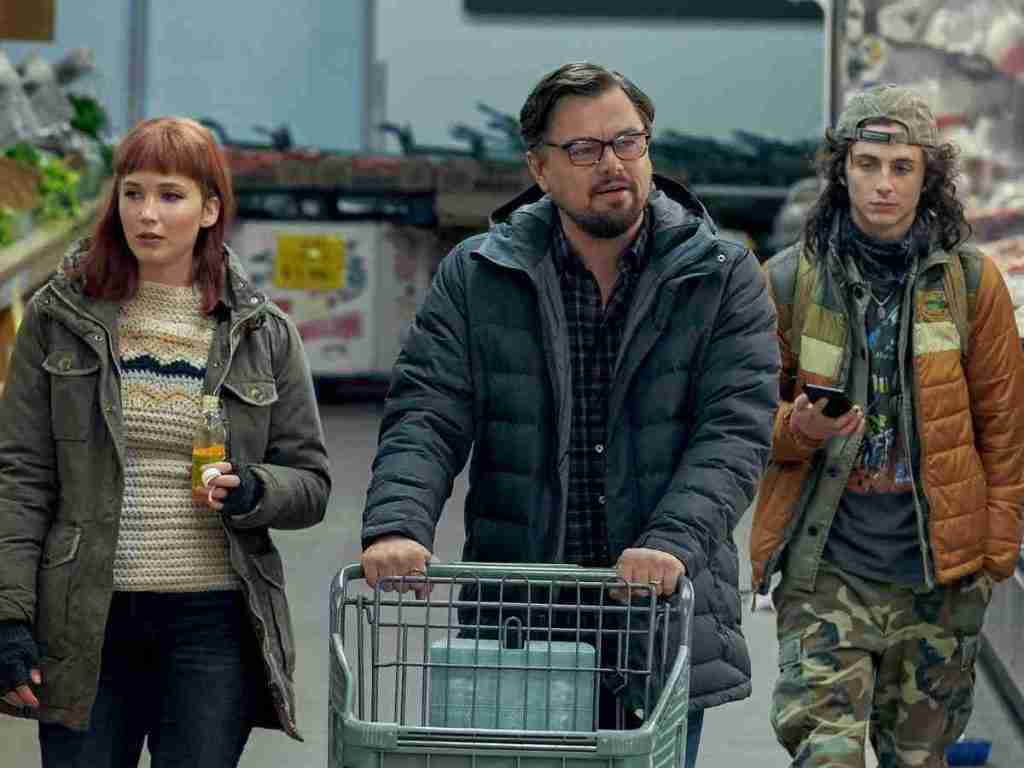 Let’s take a look at what parents need to know before letting their kids watch Don’t Look Up.

Mature Content: The film’s theme surrounds the possible end of the world due to a comet hitting Earth, which can be unsettling for some viewers. Mature scenes include: consumption of alcohol, smoking pot and taking Xanax, passionate kissing and implied sex, and riots with burning buildings and explosions. There is also some nudity, which reveals a scene of a topless female and her bare breasts are shown.

Netflix’s original film, Don’t Look Up, would be completely hilarious if it weren’t so terrifyingly real. Writer and director Adam McKay is not new to these sorts of political films. Some of his previous work consists of movies like The Big Short and Vice. In his newest film, he takes politics and the stupidity that has infected humanity to a new level, using an impending comet about to hit Earth to bring awareness to our destruction of the planet and the leaders who care more for the almighty dollar than the existence of humanity.

The irony of watching Don’t Look Up is that, as I sat watching this film Friday evening, I was hit by a barrage of sirens and alerts to take cover from a tornado making its way through my area. Not 10 miles away from the theater, a tornado hit a home and continued its path through four other states, claiming lives and destroying livelihoods. A tornado that was quite possibly caused by climate change hit our area, as we have been seeing unseasonably warmer temperatures this winter and many winters before this. Climate change is real. Climate change is our asteroid which caused the extinction of the dinosaurs. Unlike the asteroid, mankind has known for years of this impending doom and has instead ignored the warning signs. Don’t Look Up is a reference in the film to ignoring the visible comet in the sky making its way to Earth, juxtaposed to the catastrophic natural disasters and warnings of human extinction due to this man-made global warming, which will most likely cause the extinction of our species.

It comes as no surprise that Leonardo DiCaprio stars in the film, as he is an outspoken advocate for environmental issues. He is accompanied by a talented list of stars, including Jennifer Lawrence, Meryl Streep, Cate Blanchett, Jonah Hill, and Tyler Perry. The entire cast was incredible and each had their moments to shine. DiCaprio delivers a stellar performance and once again proves his extensive acting range. Blanchett is almost unrecognizable in the film, but she does not disappoint in her portrayal as a superficial morning talk show host. Perhaps the most striking character is Streep as the President of the United States, whose character will remind audiences of a former President who is no longer in office but possesses many of the psychotic attributes of Streep’s character.  The film is quite funny on paper, and while there were plenty of laughs in the theater, I couldn’t bring myself to utter more than a chuckle or two as the movie mirrored to closely our current state of affairs. I guess at some point you just have to laugh at the absurdity of it all, and ten years ago I might have cried laughing, but now I’m just crying. 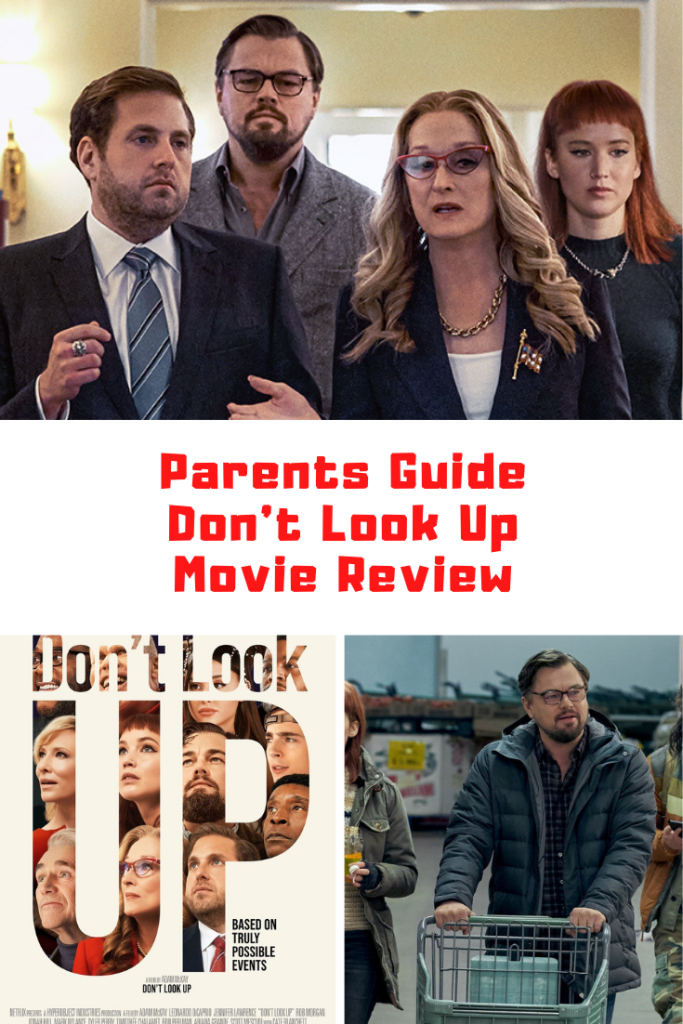