Spider-Man: No Way Home has my spidey senses on high alert! Full of action, excitement, and tear-jerking moments. Check out the details in my parents guide movie review. 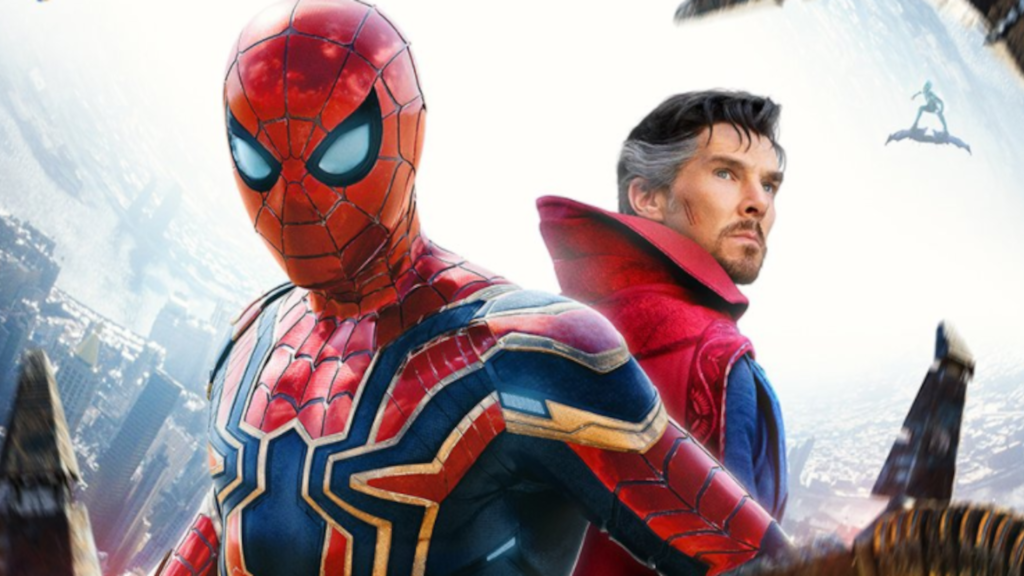 Spider-Man: No Way Home drops into theaters across the nation this Friday, December 17th. The long-awaited and very secretive film brings back Tom Holland as Peter Parker, AKA Spider-Man, Zendaya, Benedict Cumberbatch, and some blasts from the past! This is now Tom Holland’s third time playing Spider-Man in feature films, and I must say, the third time is the charm! Check out the details in my parents guide movie review.

With Spider-Man’s identity now revealed, our friendly neighborhood web-slinger is unmasked and no longer able to separate his normal life as Peter Parker from the high stakes of being a superhero. When Peter asks for help from Doctor Strange, the stakes become even more dangerous, forcing him to discover what it truly means to be Spider-Man. 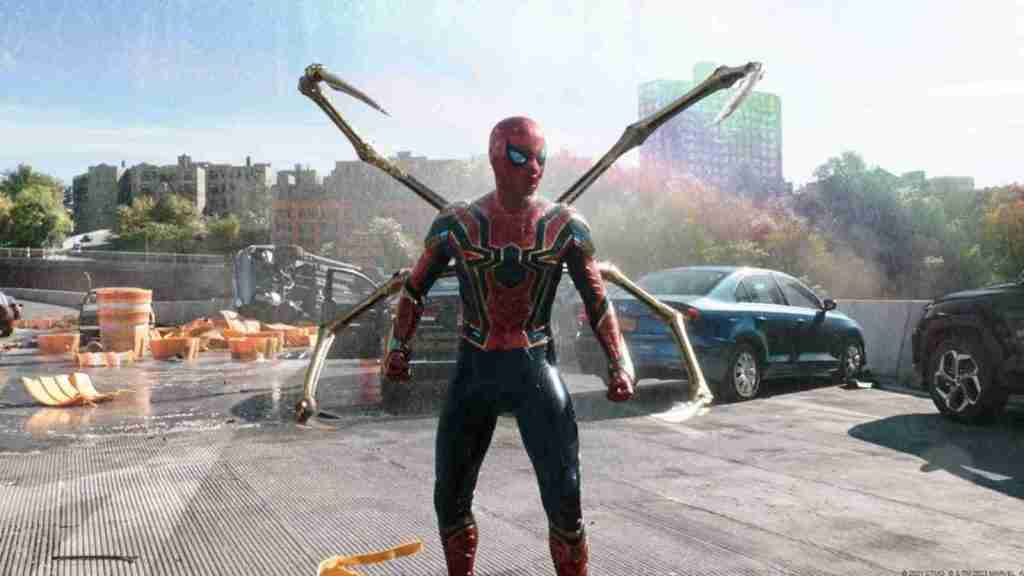 Let’s take a look at what parents need to know before letting their kids watch Spider-Man: No Way Home.

Language: Spider-Man: No Way Home contains some strong language, with profanity used throughout. Lookout words include: sh*t, a**, g-d d*mn, damn, and hell

Mature Content: Like other Spider-Man films, this newest edition contains hand-to-hand combat, explosions, destruction, guns, and good versus evil scenarios. There is one scene in which a character is naked, but the male character is topless and nothing is shown below the waist. There is also a death scene, which could be triggering for some viewers.

Spider-Man: No Way Home picks right up from where Far From Home left off. Thanks to Mysterio, Peter Parker is revealed as Spider-Man and the world is against him. This film has been bombarded with rumors and supposed leaks, mostly due to the excitement and secrecy surrounding the movie, especially considering the trailer showed some villains from the past being a part of the new film. It has been 15 years since Sam Raimi’s Spider-Man films, yet those classics are near and dear to many superfans’ hearts. I will not reveal any spoilers of who exactly from the past made it into this film, but I will say that seeing these Spider-Man blasts from the past brings back all the nostalgia!

Tom Holland has proven over and over that he is the best combination of both Peter Parker and Spider-Man; embodying all the characteristics of the comic book version of both. In Spider-Man: No Way Home, Holland not only solidifies his role as Peter Parker/Spider-Man but also showcases his versatility as an actor, being brilliant at throwing punchlines as well as pulling at the heartstrings. Who could forget the heartbreaking moment in Infinity War, as Tony Stark holds Parker as he begins to turn to dust, and Parker’s famous line, “Mr. Stark, I don’t feel so good. I don’t wanna go. Please, I don’t wanna go.” That particular scene was one of the most famous and heart wrenching to watch. Holland brings those same emotions and tears to viewers in “No Way Home.” Don’t forget to bring the tissues!

Benedict Cumberbatch as Doctor Strange always delivers a stellar performance in anything he does. While he doesn’t have a huge amount of screen time in Spider-Man: No Way Home, he is an integral part of the plot. Speaking of Doctor Strange’s role in the film, this would be the biggest disappointment for me. As shown in the trailers, Doctor Strange uses magic in an attempt to help Peter. This just seems careless and very much unlike Doctor Strange. I know he has another film based on him coming to the Marvel Cinematic Universe in the near future, and this sets up that sequel, but I was just annoyed about the entire situation.

The action and fight scenes in Spider-Man: No Way Home are stupendous! Being a huge fan of villains, this film gives each villain their moment to shine, displaying their dark side while also highlighting the humanity in each. These iconic villains, who we normally see in the forefront plotting some evil crime, are more on the sidelines in this film, as we see Peter struggling with the dilemma of sending them back, where they will face their demise. This internal struggle of Peter’s is such a Spider-Man thing to do, and audiences are constantly reminded of this as it is repeated, “That is who he is.“

Spider-Man: No Way Home will take audiences on a rollercoaster of emotions. As mentioned earlier, it will tear at the heartstrings one minute and have viewers laughing out loud the next. Now that the world knows who Spider-Man is, it is extremely fun to witness others poking fun at the superhero, particularly MJ, who loves to talk about his Spidey sense. “Is your tingle tingling?” However, what truly makes this new film are the moments viewers won’t see coming, and for that reason, I refuse to give too many details about the movie. It is easy to see why there was so much secrecy surrounding this film, and even though there were “leaks” and rumors swirling constantly prior to its release, Spider-Man: No Way Home will still take audiences by surprise and leave them gobsmacked. With a new trilogy of Spider-Man movies starring Tom Holland upcoming, it is hard to fathom how they can top this one, but something tells me that we are all in for a super treat! 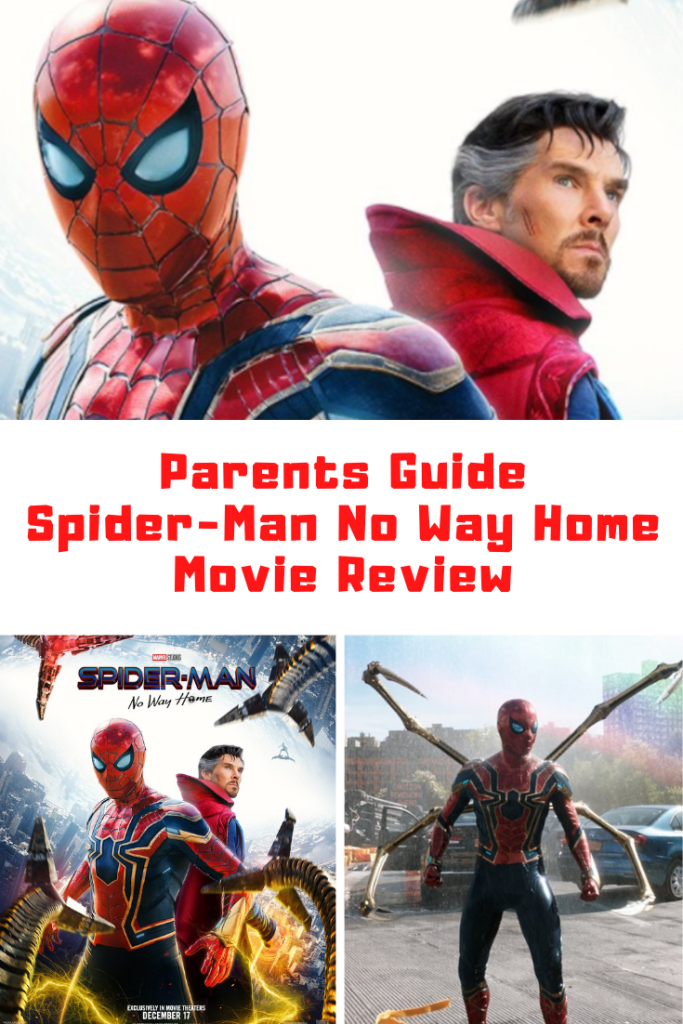