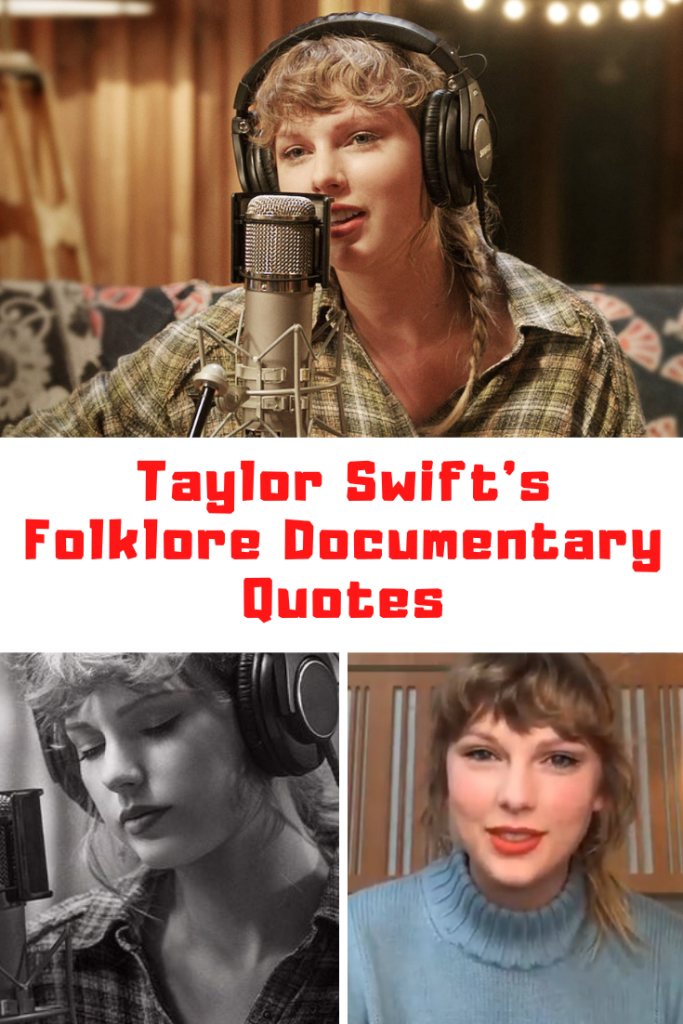 Disney Plus has a new Taylor Swift documentary called, Folklore, where she discussion the pandemic lockdown and creating an album to get through the isolating time.  As you can imagine, the show not only has some beautiful pieces of her singing but also some really inspiring quotes.  I love a good line, and this film really had some amazing ones that may help some who are still in isolation and trying to get through the hard time. Check out these Taylor Swift Disney Plus Folklore Documentary quotes.

We built a home studio in my house.

I think when lockdown happened, I just found myself completely listless and purposeless and that was within the first three days of it.

We are left with two options. You either cling to it and try to make it work or just say, well I guess I’m just going to chart a new path.

There is something about the complete and total uncertainity about life that causes endless anxiety. But there is another part that causes sort of a release of the pressures that you use to feel.

If we are going to have to recalubrate everything, we should start with what we love the most first.

I feel like you captured the spirit of the whole record with that one song.

It turned out that everybody needed a good cry, as well as us.

You listen to country songs and you’re just like shivers everywhere, my whole body.

It is definitely one of the saddest songs on the album. 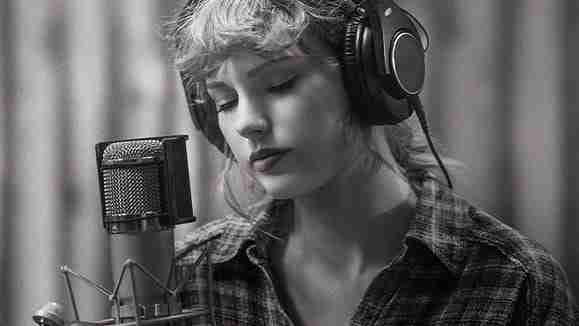 Writing this song it occurred to me that in all of the superhero stories the hero’s greatest nemesis is the villain that used to be his best friend.

There’s this beautiful moment in the beginning of a friendship where these people have no idea that one day they’ll hate each other. And try to really take eachother out.

We have mirror balls on the dance for because the reflect light, they have been broken a million times and that is what makes them so shiny. We have people like that in society too.

It’s a metaphor for so many people who feel like they have to be on for certain people. You have to be different versions of yourself for different people.

You learn that every one of us has the ability to become a shapeshifter.

The pandemic and lockdown and all that, runs through this album like a thread because it’s an album that allows you to feel your feelings and it’s a product of isolation.

It’s not about the pandemic, it’s about what happens to an artist when you are living through a pandemic. You start to dream.

When did I stop being so outraged that I would throw myself on the floor and throw the cereal at my mom?

In my head I think Betty and James ended up together. So in my head, she ends up with him, but he really put her through it.

The idea that there’s some bad, villain girl, in any type of situation who takes your man, is actually a total myth because that’s not usually the case at all. Everybody has feelings and wants to be seen and loved.

I kind of love the romantic idea that every step you are taking, you are taking one step closer to where you are suppose to be, guided by this little invisible string.

I wrote it right after I sent an ex a baby gift. 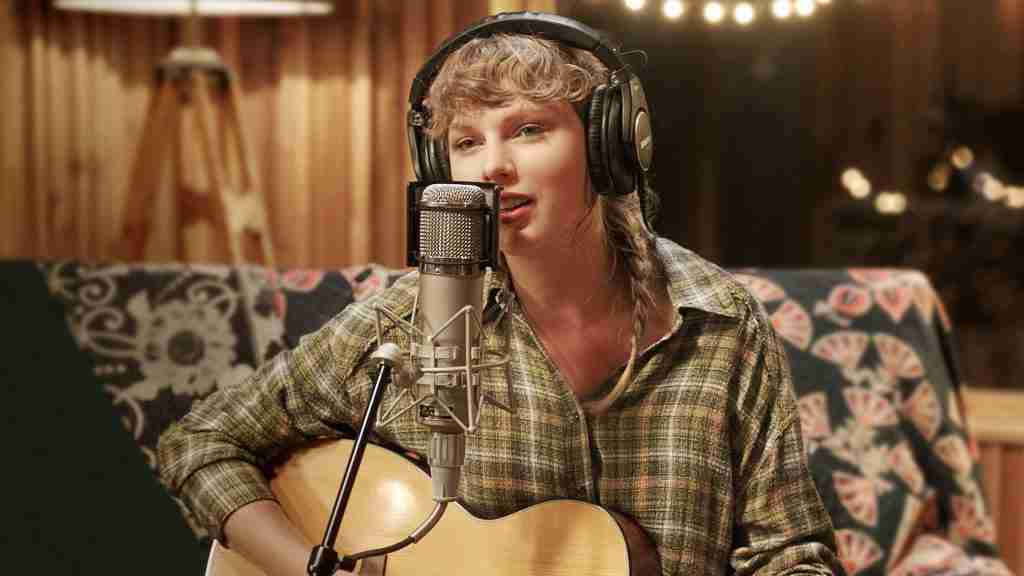 The most rage provoking element of being a female is the gaslighting. It happens when, for centuries we’ve been expected to absorb male behavior silently.

There are people right now, taking 20 minute break shifts, at a hospital, who are having this kind of trauma happen to them now. That they will never want to speak about.

There have been times in my life where things have fallen apart so methodically and I couldn’t control how things were going wrong, and nothing I did stopped it.

This lockdown could have been a time where I absolutely lost my mind, and instead this album was like a real floatation device for both of us.

You let someone in and they get to know you and they know exactly what buttons to push to hurt you the most. That thing that the scar healed over but it’s still painful.