Halloween Kills is brutal, gruesome, and more creative with its kills, but it lacks substance after the deft 2018 reboot. Check out the details in my parents guide movie review. 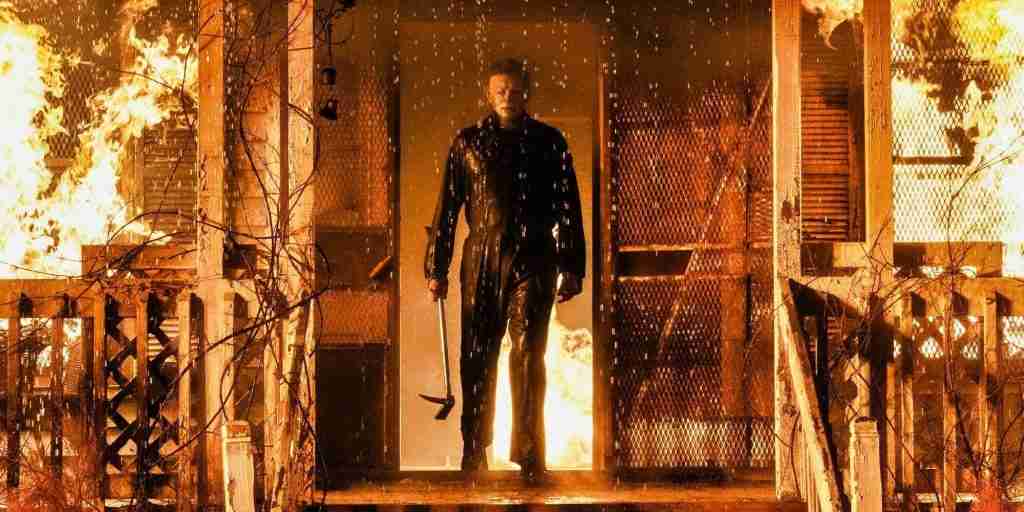 Halloween Kills is in theaters today, October 15th! The film is the direct sequel to the 2018 reboot of Halloween, which stars Jamie Lee Curtis and Judy Greer. The sequel brings back Curtis and some newcomers, including Anthony Michael Hall, Kyle Richards, and of course, James Jude Courtney as Michael Myers himself. Check out all the details in my parents guide movie review.

The nightmare isn’t over as unstoppable killer Michael Myers (James Jude Courtney) escapes from Laurie Strode’s (Jamie Lee Curtis) trap to continue his ritual bloodbath. Injured and taken to the hospital, Laurie fights through the pain as she inspires residents of Haddonfield, Ill. to rise up against Myers. Taking matters into their own hands, the Strode women and other survivors form a vigilante mob to hunt down Michael and end his 4o-year reign of terror once and for all. 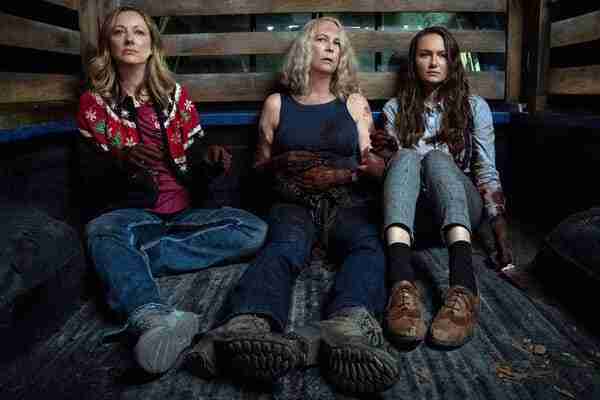 Let’s take a look at what parents need to know before letting their kids watch Halloween Kills.

Language: Halloween Kills has some harsh language with profanity used throughout. Lookout words include: f*ck, motherf*cker, sh*t, a**, b*tch, t*ts and d*ammit.

Mature Content: As expected, the film has an abundance of violent content which includes guns, shooting, brutal and gory death scenes where characters are stabbed to death, strangled, sliced, and bashed. There is a graphic scene of a character jumping to his death and a mangled body is shown on the ground. There is also a scene where a dead animal is shown. Along with the violent content, the film also includes children bullying another child, drinking, and drug use (smoking marijuana).

Halloween Kills stays true to its name, there are kills and plenty of them. The kills were brutal and so full of gore, they rivaled everything Rob Zombie had done in his previous Halloween films, and that is saying a lot! When a horror film has such a high kill count as this one does, sometimes the death scenes can become repetitive and boring, but rest assured that in Halloween Kills, they just keep getting better and more creative as the movie progresses.

Director David Gordon Green perfectly weaves in 1978 flashbacks into the present day story, with even some surprise character appearances. It is obvious Green had the franchise’s fans in mind when making this film. There were also some intense moments and flawless camera angles of Michael, which added to the suspense of the moment while also artfully revealing shots of Michael without giving away too much of the mystique. After watching Halloween Kills, I am now a fan of the slow-motion kill scenes which brought this horror flick to the next level.

Where the film fell short for me was in the script. It just seemed to lack substance and leaned too much on the surprise appearances and non-stop killing. While Halloween Kills did try to go beyond the typical slasher film in terms of getting “into the mind of the killer”, it just felt at times like two different sorts of films crammed into one.  In my opinion, they should either stick with the psychological aspect of the film or the mindless slashing, but cramming both into one makes for a discombobulated story.

I realize Halloween Kills is the “filler” between the 2018 Halloween reboot and the coming sequel Halloween Ends, which can be a challenge as a middle child film. I can definitely see this one being the weakest of the three, even though the last film in the trilogy has yet to be released. I know I shouldn’t try to take these types of movies seriously, but in my mind, after 40 years of the same thing happening over and over again, I get so frustrated when people keep making the same mistakes time and time again. Hasn’t Haddonfield learned the lesson yet? Until next year, I will have to await the answer…hopefully. 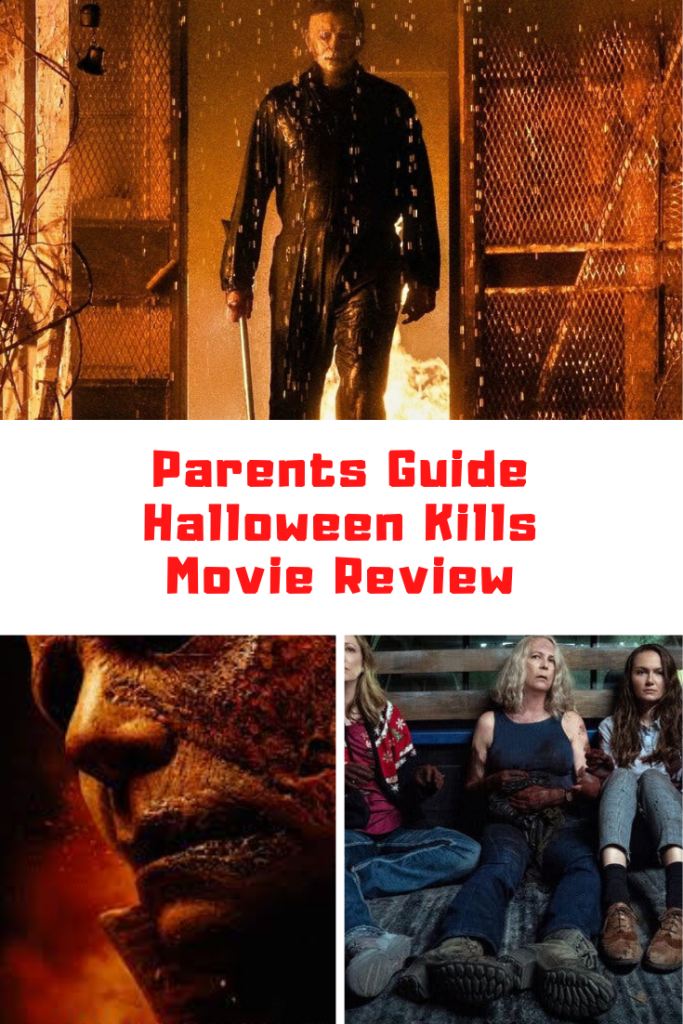