Netflix’s MAID is a heart-wrenching, in-depth look at the toll of domestic violence victims and the red tape they must navigate through to break the cycle. Check out the details in my parents guide review.

Netflix’s Maid dropped on the streaming service Friday, October 1st. The series is based on Stephanie Land’s bestselling memoir of the same name and is an in-depth look at victims of domestic violence, the red tape within out system and empathy for others. Written and produced by Molly Smith Metzler, who is best known for Shameless, and starring Margaret Qualley, this series will definitely tuf at all the emotions. Check out the details in my parents guide review.

After fleeing an abusive relationship, a young mother finds a job cleaning houses as she fights to provide for her child and build them a better future. 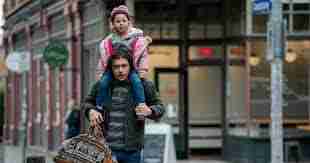 Lets take a look at what parents need to know before allowing their kids to watch Netflix’s MAID.

Mature Content: The series contains some very hard themes for young kids/teens to view. The series is centered around a victim of domestic violence, so flashback scenes are shown of women being victims of abuse. While no scenes are shown of women being hit, the series shows men out of control with anger, drinking, punching walls, breaking glass and basically victims living in fear. Some sexual scenes are shown, oral sex, talk of sex and drinking alcohol. Some scenes show a mother and her daughter homeless, living in a car and sleeping at a ferry station. There is also scenes which show characters suffering from mental health and being locked up in a psych ward.

Netflix’s MAID is an incredibly sad, heart-wrenching, realistic look at domestic violence and the red tape victims must navigate through. Writer Molly Smith Metzler, who is best known for Shameless and Orange Is The New Black, does an amazing job at delivering a story that feels deeply genuine and focuses more on survival than the actual abuse. The script uses some creative ways to connect audiences with the obstacles Alex must overcome as she attempts to escape her abuser. Such as, throughout the series the amount of money Alex possesses is tallied up on the top of the screen, and as she occurs expenses, viewers are made aware of the cost of each, as her total begins to decline.  Another great example is when Alec must go to court to fight for custody of Maddy and as the judge and lawyers discuss the issues, viewers get a glimpse of Alex’s point of view as words are replaced with “legal, legal, legal” resulting in the legal gibberish Alex hears.

Margaret Qualley, who plays the main character Alex, delivers a realistic and natural performance. She exudes the naivety of Alex while also doing a stellar job at developing her character’s empowerment and take control attitude. From her facial gestures, to the “black hole” she creeps into from her PTSD from being abused, she is a victim you have empathy for while rooting for her even during her darkest moments in the show.  Another character to mention is Andy MacDowell portrayal of Paul, Alex’s mother with severe mental illness. MacDowell steals each scene she is in with her over-the-top depiction of a manic/depressive trying to navigate her world around her the best way possible.

MAID serves to be a story of abuse and survival while not seeming “preachy” and in a way, a great learning experience.  In fact, Alex did not perceive herself as a victim of abuse because she was never hit by her abuser. But through the course of the 10 episode series, viewers are made aware of the toll the emotional abuse she endured had on her psyche. The series can be triggering and gut-wreching to watch at times but this is always the case with movies/shows highlighting domestic abuse. 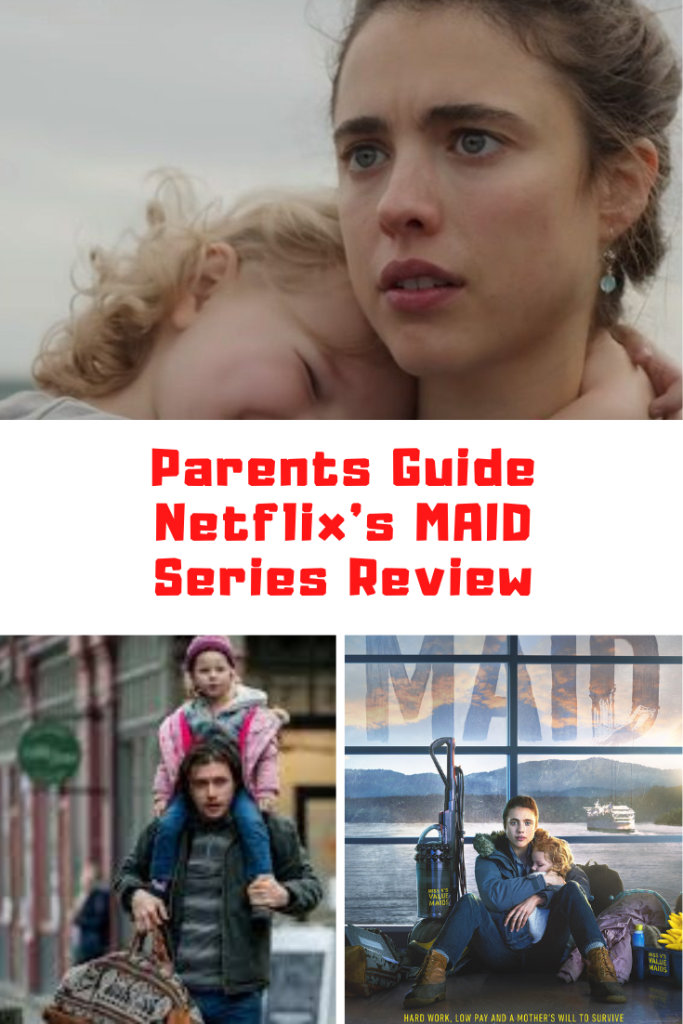