Gigi & Nate is an inspiring true story of overcoming obstacles with the help of a little furry friend. Check out the details in my parents guide movie review. 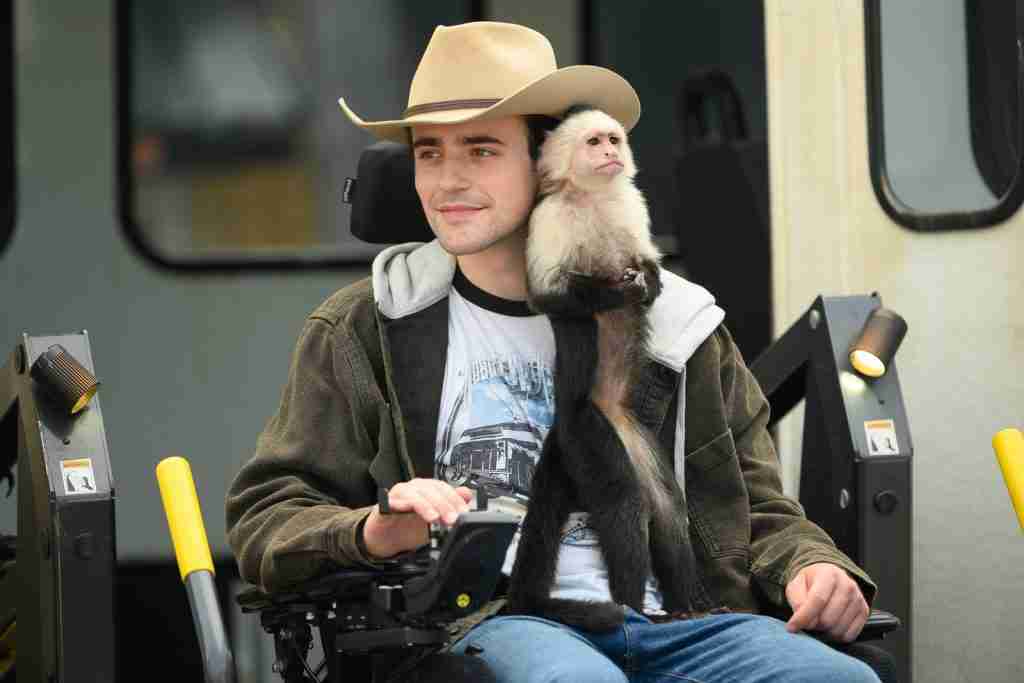 Gigi & Nate movie drops in theaters across the nation this Friday, September 2nd. The film stars Charlie Rowe (Rocketman) as Nate and is based on the true story of a teen who survives a near-fatal accident that leaves him a quadriplegic. Marcia Gay Harden and Jim Belushi also star in the film, playing Nate’s parents, in this emotional and inspiring story that is sure to evoke all the tears. Check out the details in my parents guide movie review.

In Gigi & Nate: A young man with a bright future suffers a near-fatal accident and recreates his new life with the help of an unlikely animal friend. 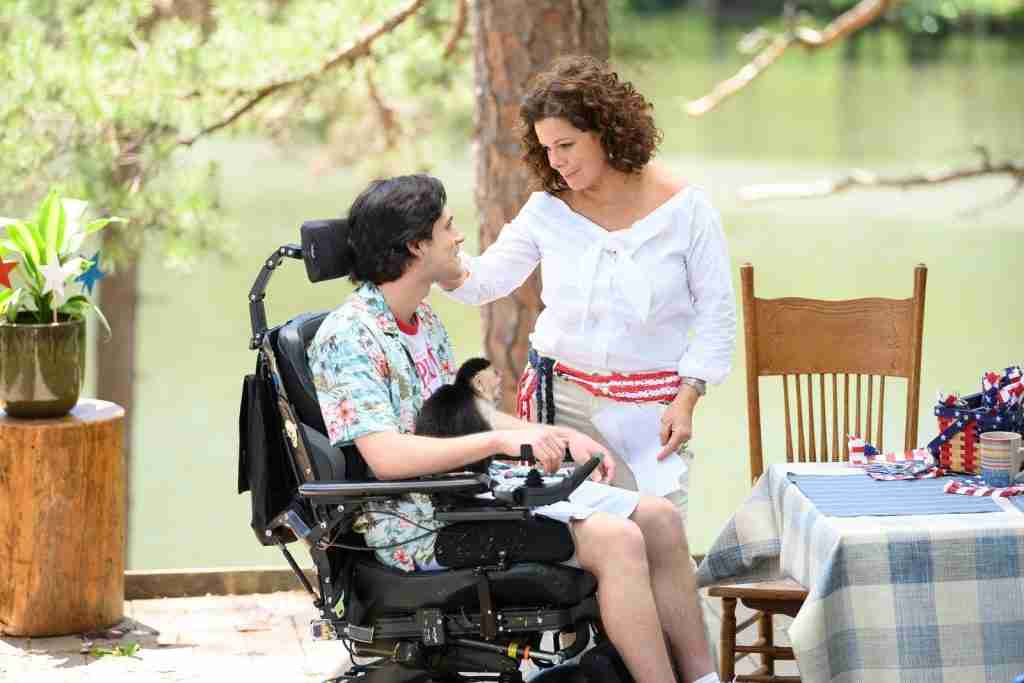 Let’s take a look at what parents need to know before letting their kids watch Gigi & Nate.

have a few lookout words parents need to be made aware of, including: sh*t, d*mn, sucks, and hell.

Mature Content: The film centers around a teen who nearly loses his life from an accident, so there are some disturbing scenes that show him in the hospital, having seizures, and wheel chair bound, that may be triggering for some viewers. It also contains the story of a monkey who aids him and includes scenes where the monkey is caged and throws poop at characters. Characters are also shown consuming alcohol in the film.

As inspirational as the true story of Nate over-coming the near-fatal accident is in Gigi & Nate, one of the most profound findings in the film is the attention it brings to monkey helpers and monkey-human pairings. Since the late 1970’s, Helping Hands: Monkey Helpers for the Disabled has paired monkeys with disabled individuals, resulting in a human-animal bond that is like no other. The monkeys help paraplegics and quadriplegics with all sorts of daily tasks that help with their daily lives, and the service primates receive care and love in return. The bond they create is like no other, and this bond is explored in the film, showing the journey of the two meeting and the lengths they go through to keep the pair together.

Charlie Rowe, from Rocketman & Angelyne, plays the lead character, Nate, in Gigi & Nate. Rowe perfectly captures the special bond between him and Gigi (the monkey helper), while also embodying the mental struggle and hardships of what it is like to go from being a healthy teenager who is now wheelchair bound. Nate’s parents, Dan and Claire, are portrayed by Jim Belushi and Marcia Gay Harden. The film explores the internal family struggles of not only coming close to losing their son, but also the financial hardships, as well as the disruption of bringing a monkey into their home. Harden’s role as the momma bear, who will go to any length to save her son and give him the most normal life as possible, is particularly inspiring, and she does a phenomenal job of balancing the strong and determined mom while also exuding the nurturing and caring mother all parents would hope to be if put in such a situation.

Gigi & Nate is more than a survival story and doesn’t go into the film with rose-colored glasses, but also touches on some hardships that taking on a monkey as a support animal offers. When most people think of support animals, they naturally think of a man’s best friend. Dogs are perhaps the most well known and utilized for this service because of all they can offer in terms of love, affection, senses, and ability to be trained. Dogs are also easy to take care of and require very little advance knowledge from most owners. A primate, on the other hand, seems like a shocking choice for support right off the bat, but immediately you begin to think of all the possibilities. Monkeys are smarter and more capable of completing more difficult tasks, such as climbing to get things out of reach and opening items and objects with opposable thumbs. And although they can be trained, monkeys are still a bit wilder and take longer to adjust to new surroundings. Gigi & Nate shows this disparity often, as the monkey, Gigi, wrecks the home and causes a great deal of mischief as well. There are a lot of pros and cons to having a primate as a service animal, but this movie shows that patience is a virtue that pays off in the end. 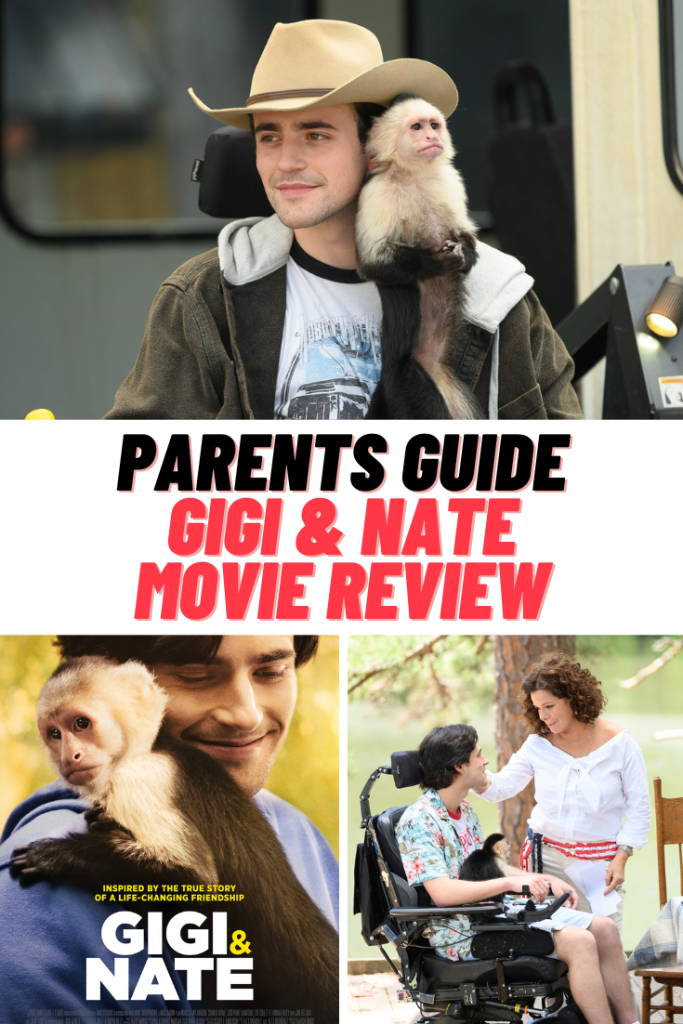