My Best Friend’s Exorcism is filled with horror and humor, with all the makings of a cult classic. Check out the details in my parents guide movie review.

Amazon Prime Video’s My Best Friend’s Exorcism drops on the streaming service today, September 30th. The film is set in the late ’80s, during the so-called Satanic Panic, and is a mix of horror and dark comedy that is sure to be a cult classic for the teen genre. Starring Elsie Fisher (Eighth Grade) and Amiah Miller (House by the Lake), this movie is sure to be a hit for the teen crown. Check out the details in my parents guide movie review.

My Best Friend’s Exorcism: In 1988 best friends Abby and Gretchen navigate boys, pop culture and a paranormal force clinging to Gretchen. With help from a mall exorcist, Abby is determined to compel the demon back to the pits of hell — if it doesn’t kill Gretchen first. 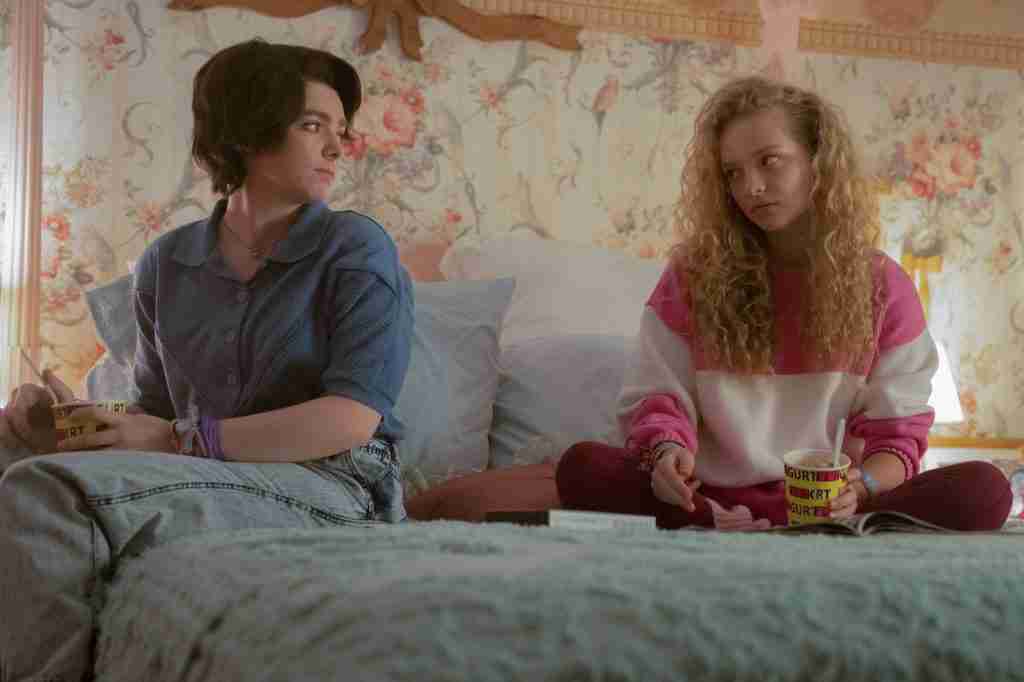 Let’s take a look at what parents need to know before letting their kids watch My Best Friend’s Exorcism.

Violence: Other than the language, the other big issue in the film is the violence it contains. The film is about a possession by an evil spirit, so there are themes of ghosts and spirits, as some characters talk to them with an ouija board. Characters also attempt to murder and harm other characters by feeding a character with a nut allergy nuts and then hiding their epi-pen. There is also a very disgusting scene where a huge tape worm is pulled out of a character. One particular scene may be very disturbing to some viewers, where a male character punches a female in the stomach. There is also discussion of a character being raped.

My Best Friend’s Exorcism is based on Grady Hendrix’s popular young adult novel of the same name, and while it plays as a classic cult-like horror film, it also touches on the typical teenage stereotypes that are even more terrifying for girls at that age. As Gretchen (played by Amiah Miller) begins to show signs of possession, her best friend Abby (Elsie Fisher) puts aside her possibly being ostracized by friends to advocate for her friend’s mental health. Abby is a typical popular girl, so naturally when accusations are made about her, everyone at school takes her side. That is, until her wrath begins to affect them.

My Best Friend’s Exorcism doesn’t come without flaws. At times, the film’s pacing is a bit slow, and some scenes feel a bit cringey, especially when the spirit finally reveals itself. However, the film is not afraid to touch on important topics like rape, murder, suicide, teenage body image, and standing up for what is right. There is a tone of female empowerment in the film, as both the protagonist and antagonist are female, along with the main ensemble cast. However, the film is dated in the 80’s, so as much female representation as it portrays, there is also the fact that it preys on female sexuality, as well as the homosexual stigma of the time.

All in all, My Best Friend’s Exorcism is one that will resonate with the YA audience it is targeted for, and the older generations will find common interest, as it may remind them of classic films of its type, such as Heathers. Nostalgia for the 80’s has been at an all-time high since Stranger Things premiered, and it hasn’t slowed down yet. Gen Z seems to have embraced it, and many of their Gen X parents are right along side them in their love for all things 80’s. This film does a great job of capturing that time and vibe while still projecting many of the same issues affecting modern high schoolers. 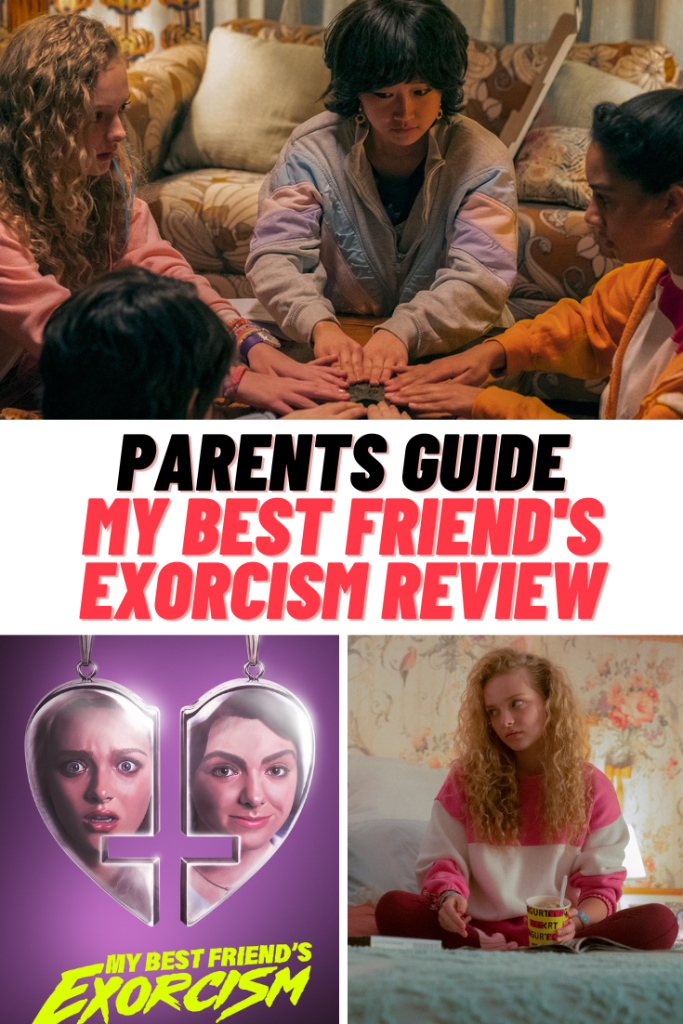