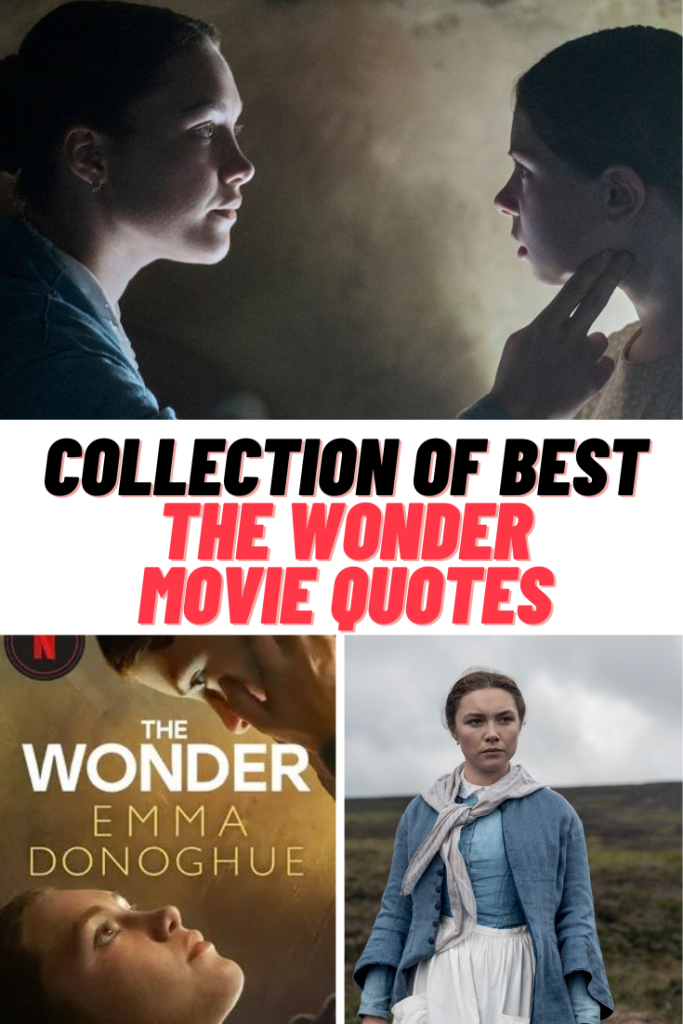 The Wonder drops in theaters tomorrow, Friday, November 4th, and on the Netflix streaming service on November 16th. I will have a review of the movie coming soon, so make sure to stop back by to check it out. It will be linked below. In the meantime, I wanted to share a list of some of the best quotes from the film. Check out these 40+ of the best and most haunting The Wonder movie quotes.

The people you are about to meet—the characters—believe in their stories with complete devotion.

We are nothing without stories, so we invite you to believe in this one.

I’m due a nun and a nurse, and you are not the nun.

Everyone knows everyone here, Mrs. Wright.

I’m here to watch. Not prevent you from eating.

What kind of backwards village imports a professional nurse for something like this?

The very best, he takes early to be his angels. 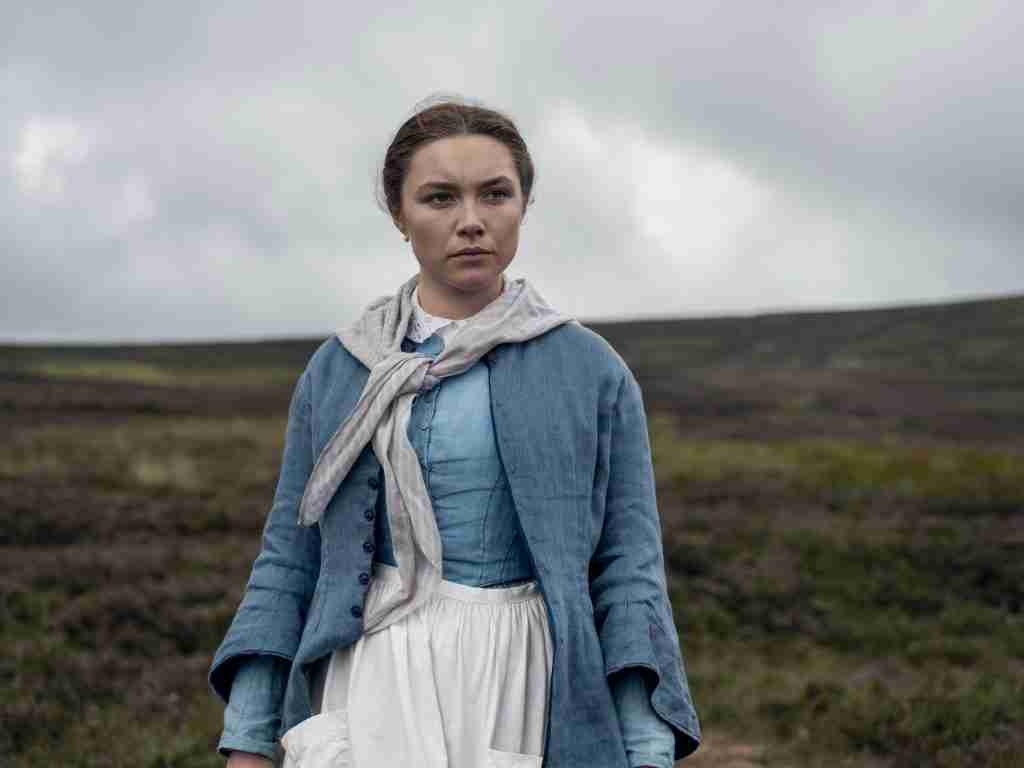 I don’t have a family anymore.

It’s not just water and wheat; it’s the body and blood of Christ.

Sorrow is God’s spade. It readies the ground.

It’s a great privilege being with people at the end. They talk. They tell their stories.

All I can currently supply is satirical speculation.

He’s obsessed with being a miracle child.

She’s not well. But now does she seem starving.

By stopping the family, you’re stopping the eating. The story of the little girl who won’t eat becomes true. She could die.

It’s not your job to question us, nurse. You are here only to watch.

When the hunger came, they nailed the door shut from the inside.

Do you not want your daughter to get well?

The great discoveries in science, from Archimedes to Newton, have always seemed like black magic at first, have they not, nurse?

You’re paid to watch, not to intervene.

If Anna doesn’t eat, she could die.

If you don’t eat, I will have to use force.

By the time it rots away, your hurt will be gone.

You lived off manna from Heaven.

You don’t understand us.

Twas a holy secret. A mystery.

It’s what I’m here for—to find out the truth. 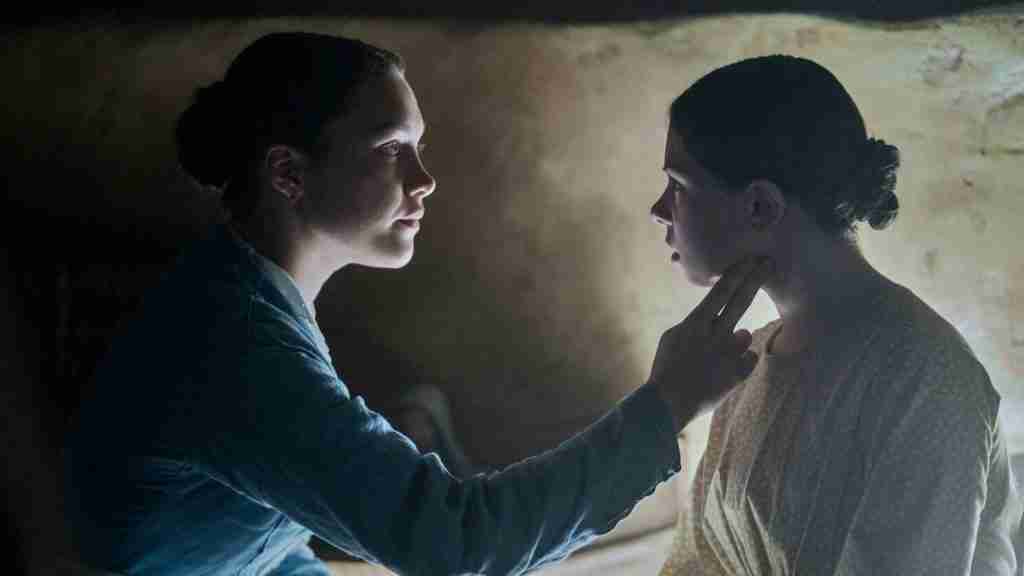 One soul will be released. From heaven.

I have to save him from all of the burning. He’s burning all the time.

Love is forever. He told me like it was a story. We married in the night, and then he got sick. It wasn’t holy. He was being punished. And Mammy said that it was my fault that he was taken.

I will nurse her until she dies, as I have done many times before.

The pain of losing a child is something I do know. Abandoning Anna to die when it could have been prevented is a terrible thing.

This life is so short, Mrs. Wright. The next is for eternity. My children will be in heaven.

Am I going to God’s side?

What if, once Anna dies, you wake up a new little girl?

The ruins will become a shrine.

Has she gone to a better place? Can you promise me that?

Perhaps it is not the village that gathers to grieve what it has lost and repent its sins of omission, nor a single nation.

All over the empire, are not children left to lie down and die in ditches and gutters every night of the year?

It is a whole sorrowful world that is too hungry to see the wonder in every ordinary child.