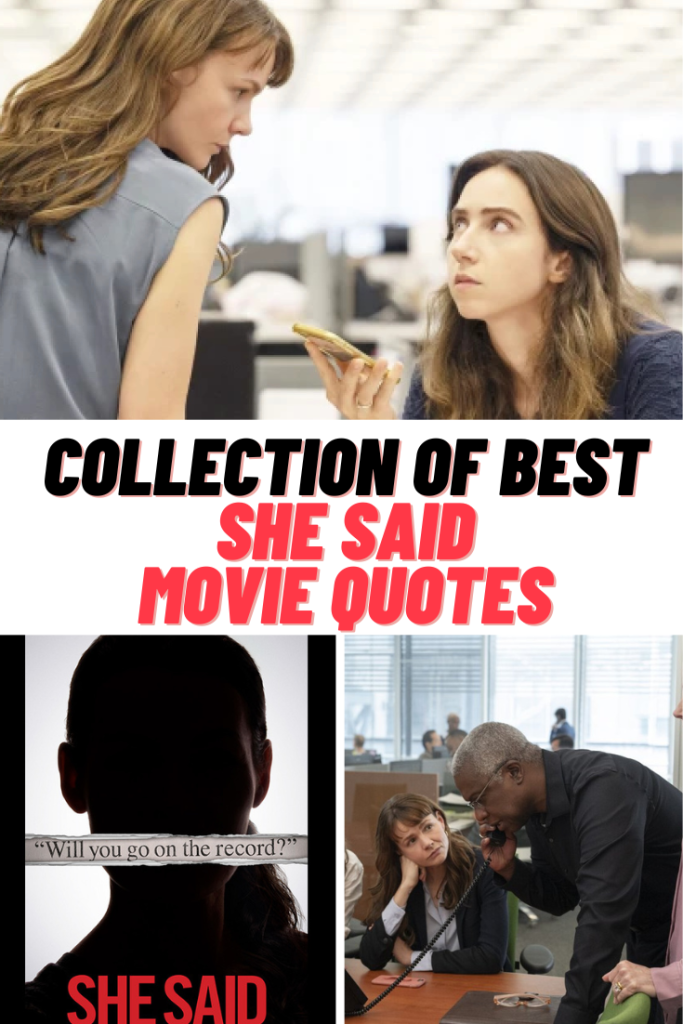 She Said dropped in theaters last Friday, November 18th. I will have a review of the movie coming soon, so make sure to stop back by to check it out. It will be linked down below. In the meantime, I wanted to share a list of some of the best quotes from the film. Check out these 75+ of the best and most revealing She Said movie quotes.

I’ll do it. I’ll go on the record and say what he did to me.

I do not know those women. They are lying.

I didn’t do it. It was locker room talk.

You are a disgusting human being.

Our story is the experience of many women going back over the years.

I’m going to rape you and murder you and dump your body in the Hudson River.

I don’t think people will want to talk. Sorry.

I’m sorry that was your experience.

It does damage to shout, and no body will listen.

I don’t know if I can do this. 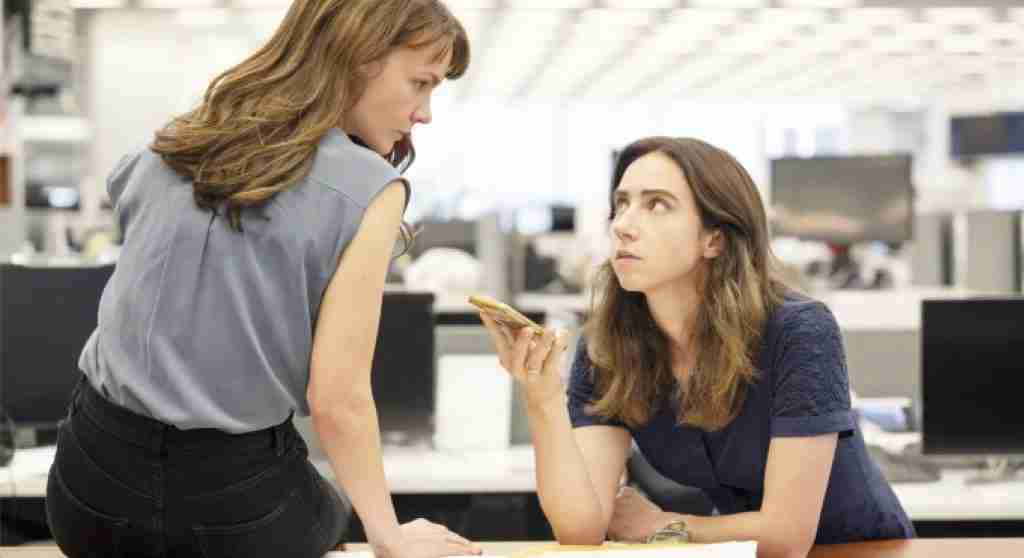 I just have this constant sense of dread.

It’s not just him you should be after. They have an entire machine.

If white men could have a playground, this would be it.

I left my body in some way, and he raped me.

He left me messages, saying I was his new special friend. And that he has done a lot for other actresses.

I feel like there have been a lot of women that have been through something with him, but they are afraid to talk.

He blackballed my career because I had the wherewithal to refuse him.

The abuse came down on me, not him.

He used that language and got elected. I quoted him and got fired.

Actresses already have a voice.

If it could happen to Hollywood actresses, who else is it happening to?

You should be the hero of the story, not the villain.

I can’t believe you found me. I’ve been waiting for this for 25 years.

I think pretty much everyone and everything is a secret.

The only way these women will go on the record is if they all jump together.

It’s cash for silence, and it enables the perpetrator to continue.

We feel they will speak out if they do it together. There is safety in numbers.

If Harvey has something to say, he needs to say it in public. I’ve dealt with Weinstein before, it’s ugly.

Don’t ruin your friendship with me for five minutes.

What makes me so angry is the silence. No one was talking then, and no one is talking now.

He pursued them endlessly.

Documents. Verification. You know what we need.

Do I look like a guy whose wife got a settlement?

I’m staring at an actual brick wall, and all I can think is “f*ck.”

You know other people have tried to write this story, and he kills it every time.

Harvey was either excited or furious. You never knew which one it would be.

Harvey wanted people to submit to him.

She was so upset. I knew it must have been the worst possible thing.

I was only given visitation rights to my own settlement.

I signed. They gave us some money. And I felt completely broken.

You lost a lot. 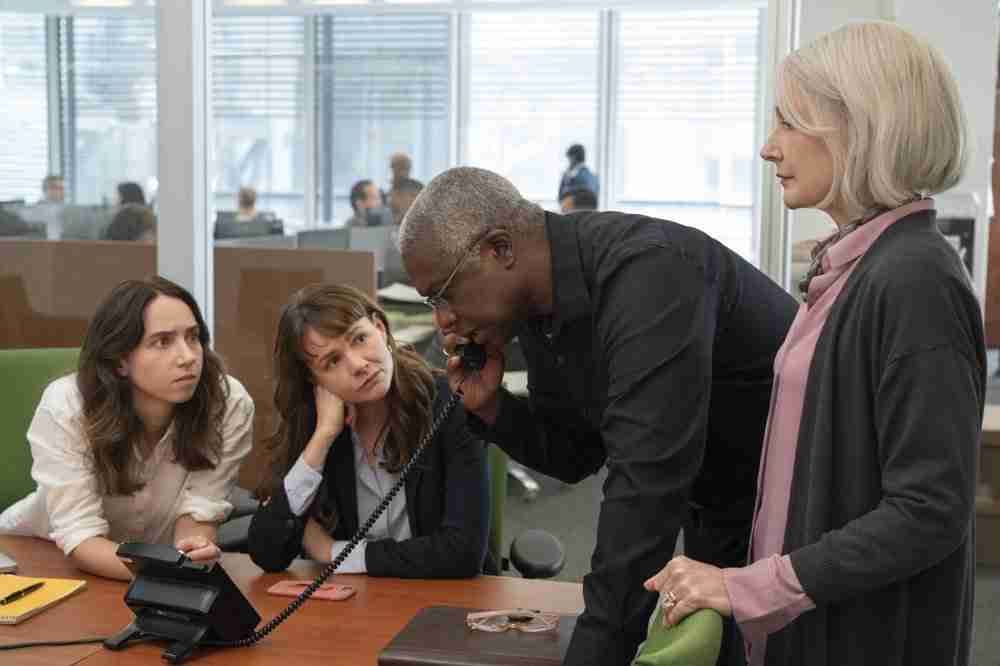 I had to have their permission if I wanted to contact a therapist or see a financial advisor.

That word shouldn’t be used casually.

He was charming. He was saying he could tell how hard I worked.

He was in his bathrobe when he opened the door. I just thought it was very Hollywood.

I suddenly thought I was the problem.

Then he got angry. I think my crying was so loud, it put him off.

I felt such shame that I let him do that.

It was like he took my voice that day, just when I thought I was starting to find it.

I love the truth. People make up stories a lot. Be careful of that.

Harvey’s not always that rational.

Powerful men of an older generation are changing their view on the word consensual.

Harvey thought it was better to settle even if he didn’t do anything wrong.

Why are you asking about the 90’s when Weinstein has committed so many more recent offenses.

This is all going to come out, Lanny. Publically.

I’m terrified we know all of this, and we will go to our graves knowing all of this.

Then he said, ‘Please, just one thrust, and it will all be over.”

I wanted to be dead. I tried to kill myself, but I didn’t know how i felt. I even failed at that.

Do with it what you want.

The balance of power is me 0, Harvey Weinstein 10.

You got the story. Once we publish it, everything else will come out.

We were all worried about Harvey’s behavior.

You would be coming forward alone, but you would be standing on a mountain of evidence.

We just need one woman.

They don’t want to go on the record by themselves. Would you want to?

I don’t want to do this, is what I want.

I’m prepared to be a named source in your investigation. I have to as a woman and as a Christian.

Get your people in line and get back to us with a response.

I’m going to take some time off. I want to spend some time learning.

I have three daughters, and I don’t want them to think abuse and bullying is normal.