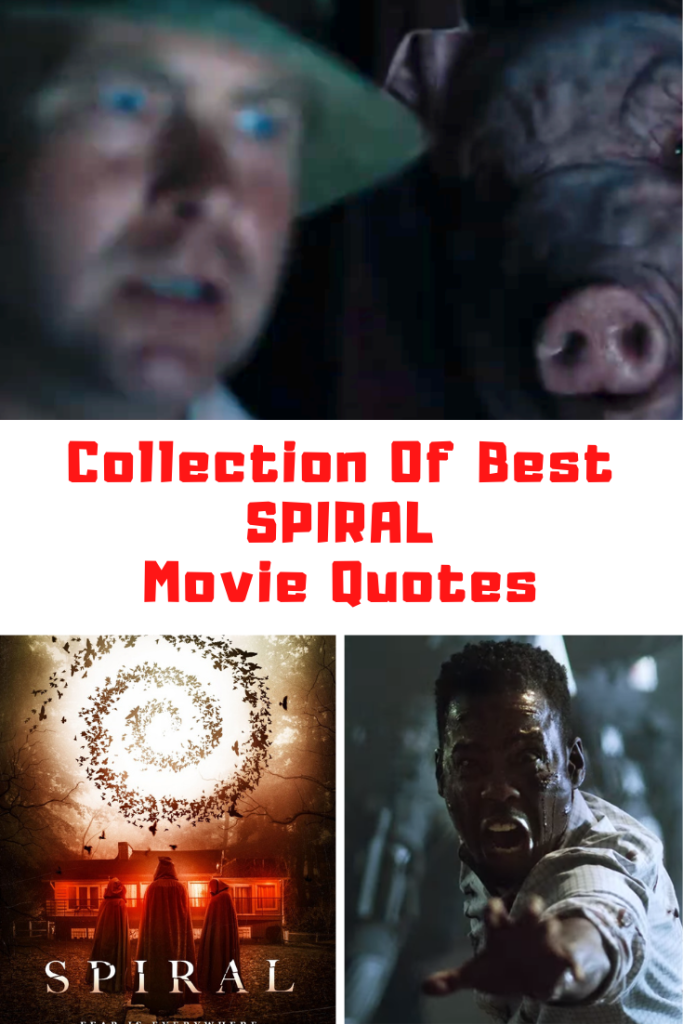 Spiral, which is the newest movie in the Saw Franchise, dropped in theaters this past weekend and it is terrifying audiences! I will have a review of the film coming soon, so make sure to stop back by to check it out, it will be linked down below. In the meantime, I wanted to share a list of some of the best quotes from the film. I love me a good line and this movie had some terrifying ones. Check out this list of 40+ of the best and most terrifying Spiral movie quotes.

You did not just go down there.

I want to play a game.

Today, it is you who will be railroaded.

Tom Hanks, is a straight pimp.

He beat China in ping-pong. Do you know how hard that is?

You don’t want to be my partner.

Nothing happier than the wife of a new detective, nothing more angry than that same b*tch 10 years later.

I’m going through a divorce. It’s even worse, it’s like a wife on chemo.

When you decided to become a cop, you pretty much assured yourself you will die alone.

I’ve been dreaming about this since I was 12 years old.

I’m here to help reform the police to remind them of their oath to the people of this city.

Now you are part of the team again?

He knew you were a good cop. Find out who did this.

You pull a gun on your old man? Are you out of your mind? I could’ve killed you.

You always making sh*t about you.

There’s nobody on the force I can trust!

He’s a crooked piece of sh*t.

Girls night out. Okay, might be a d*ck night out.

I new I should’ve never let him become a cop.

He did the right thing.

I believe your face was trespassing on my property.

Salvation was offered but it was declined.

Until you come clean many more will die.

You murdered a man because he insulted you. Your finger pulled the trigger and I can not let that happen again.

This is some New Jack City sh*t.

Meth isn’t the type of thing you take a break from.

Whoever did this has another motive. Something personal.

The system spit him out, now here he is.

18 months sober, living in the church basement, couldn’t ask for anything more.

There’s a code and you better learn to follow it or you’re gonna spend the rest of your life watching your back.

We got two dead cops, there’s no time.

Careful, while you are looking for more bodies to drop, I’ll take your head.

We gotta try to keep his identity away from the press until I tell his wife.

You hacked the computer and you erased the surveillance video.

You disloyal piece of sh*t.

You find the dirty cops and I’ll take care of the rest.

Spiral. Symbol of change, evolution, progress. But why limit that when you can apply it to a whole system?

We did what we had to to clean up the streets.

The streets got cleaner because the cops gots dirtier.

Whoever did this, they are pulling all strings.