Netflix’s Maya And The Three exceeds in story-telling, inclusion and is a visually stunning work of art. Check out the details in my parents guide review. 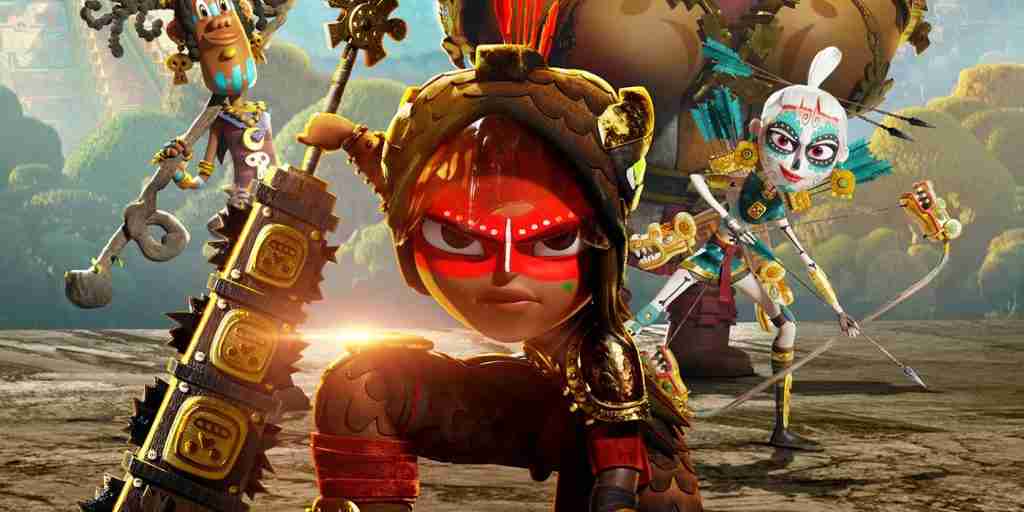 Netflix’s Maya And The Three drops on the streaming service tomorrow, Friday, October 22nd. The series features some big stars voicing the cast of characters, including Zoe Saldana, Queen Latifah and Gabriel Inglsias.  The 9 episode series includes gorgeous animation and a great message of love, forgiveness, and friendship. However, it may not be suitable for younger viewers. Check out the details in my parents guide review.

Maya And The Three Quotes

Maya And The Three Parents Guide

Maya (Zoe Saldana), a warrior princess, is celebrating her fifteenth birthday, but when the underworld gods appear and announce she must pay for her family’s misdeeds, everything changes. If she refuses to go along, the world itself will be ravaged by the gods, so she embarks on a quest to fulfill a prophecy which says that three warriors will appears who will help her defeat these gods and save humanity itself from destruction. 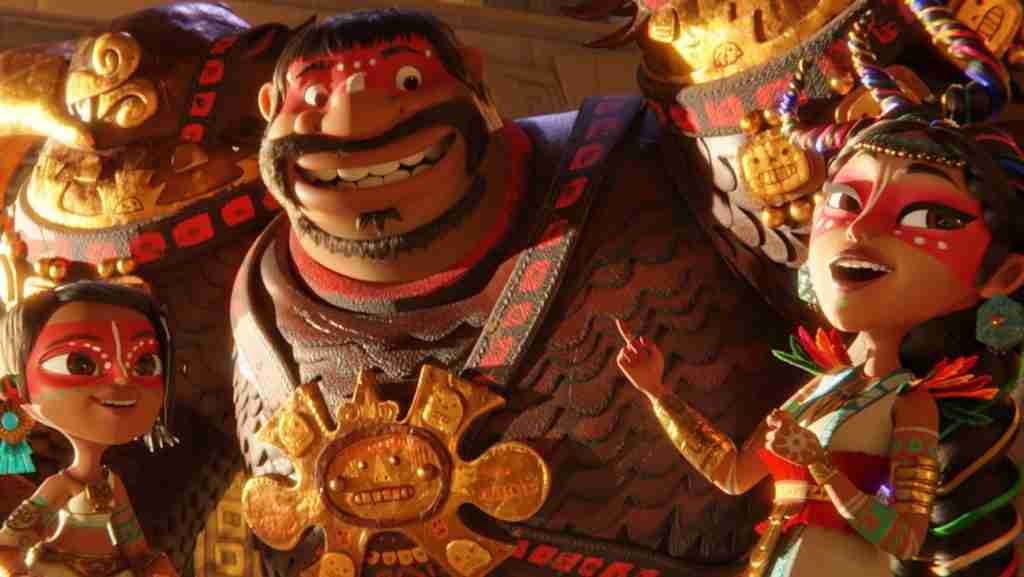 Let’s take a look at what parents need to know before letting their kids watch Maya And The Three.

Language: The language in Maya And The Three is mild. The harashest words viewers will come across include: stupid, fool, brat, halfbreed and phrases like ‘shut your mouth.’

Mature Content: Maya And The Three is not appropriate for all ages, as it contains some very scary scenes and creatures.  The series has a lot of fighting and even death scenes and deaths of characters which may be difficult for young children to view.  Some of the main characters receive life threatening injuries, bruises, and black eyes. Along with the violence, I found some of the dialogue to be inappropriate for kids. There is a scene in which a character discusses her father cheating on her mother and another scene which shows a character giving birth.

Netflix’s Maya And The Three is rated TV-Y7 and as a parent, I would not take this rating lightly. The series contains dark elements, a substantial amount of violence and death, and topics which are not appropriate for younger children. As I mentioned above, one of the characters discusses her father’s cheating on her mother. While this author realizes the series is emulating real-life experiences, it is quite unnecessary to add this to a show geared towards children. It raises the question, who is this show’s target audience? The show has many important aspects which would be valuable for children to take in. However, it is a shame that due to the adult content and massive amounts of violence, the series alienated a large portion of its younger audience in an attempt to include mature content.

Putting the above complaint aside, Maya And The Three is absolutely gorgeous. Season 1 of this series contains 9 episodes with each episode running around 30 minutes long. The visuals alone are enough to demand the attention from viewers, even younger audiences with shorter attention spans. The story-telling is captivating and will be enjoyed by children and adults alike. While the plot is totally predictable, it never takes away from the enjoyment of the show.

The action scenes in Maya And The Three are plentiful and astounding. There is never a dull moment in this series, and the creators are not afraid to go dark, brutal, and kill off characters, even leading ones. And while the show goes dark and brutal at times, there is a much needed balance to the darkness, pushing messages of love and friendship. The characters are clever and distinct, and they are voiced by A-list actors such as Zoe Saladana (who plays Maya), Rosie Perez, and Stephanie Beatriz. The representation in the cast, more specifically the Latinx talent, is a true testiment to a film which serves to tell a story centered around the values and culture of its heritage. 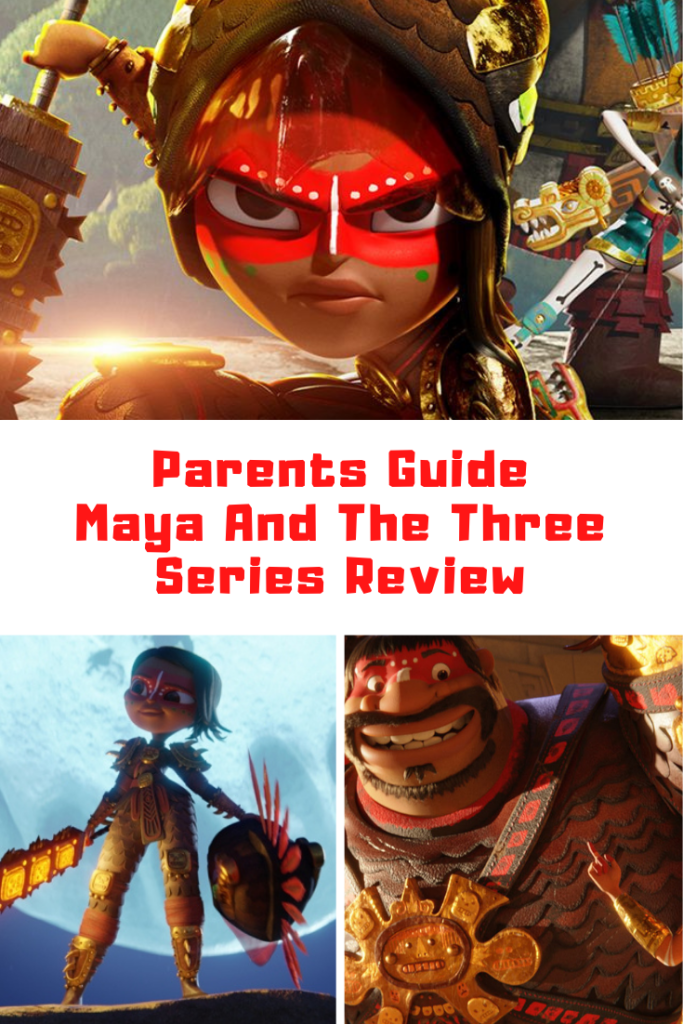