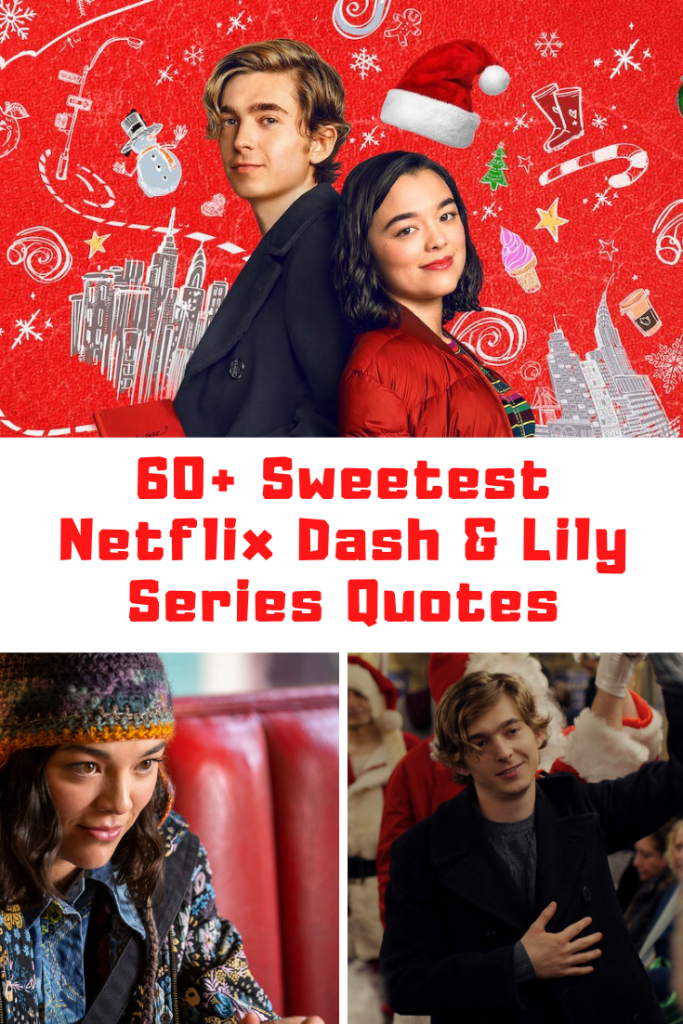 It seems like more and more teen fan flicks are being picked up by streaming services and brought to life! The newest is Netflix Dash & Lily, which dropped today and a really cute series that gets audiences all festive for the holiday season!  I will have my review coming of course, it will be linked down below so be sure to come back and check it out!  In the meantime, I jotted down a bunch of quotes I just adored from the series! So, check out this list of 60+ of the sweetest Netflix Dash & Lily quotes from the series!

Imagine you are in New York and it’s Christmas. You’re surrounded by people, by possibility, and the hope that somewhere in the city, is that one person that’s meant for you. You just have to find them.

It’s the most detestable time of year. The forced cheer, frenzied crowds. The carolers who’ve had so much eggnog they’ve forgotten the words. And of course the couples naive enugh they mistake holiday spirit for being in love.

Okay clue girl, if this is how you want to play it, game on.

Lily, her name is Lily.

I don’t care what anyone says, this is the greatest time of the year.

Christmas is all about love.

I don’t have a love story but I have a family. and every December I have an apartment full of decorations and relatives and platters of food and …

I don’t have a love story, and that’s okay. I don’t need one. I have Christmas.

I’m not good at meeting guys or talking to them, I’m good at scaring them away.

If there isn’t something I can say out loud, I write them down here.

Do I dare? Not for just anyone, but apparently, Clue Girl, I dare for you.

That’s not how love works, you either feel it or you don’t.

He has a lot of walls. Once he lets you in, he’s the most loyal friend you can have. Trust me.

If you want a present from Santa, you gotta sit on his lap. 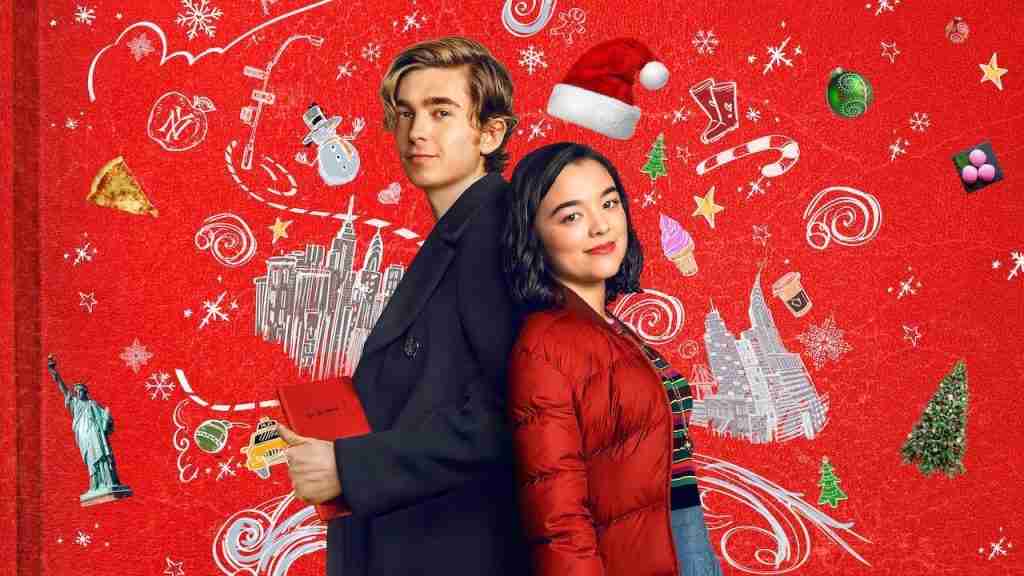 It’s still dark outside. But in here, the sky is lit up with constellations.

My name is a connector of words.

I know you claim to hate Christmas, but to me, it’s the sweetest time of the year.

I’m very much not an Andy. Andys are gullible, indiscriminate in their taste. Andy would never have found you in the Salinger section of the Strand.

What I do, apparently, is unload embarassing childhood traumas to a stranger in a notebook.

This night is gonna change your life. Come on, trust me.

Did you bring a notebook to a club? You are so weird!

I am not really sure if you are right for my Lily anyways.

It’s the prince who returns the shoe, not the fairy godmother.

She makes me feel, less lonely.

I’m sorry I messed up the game. When I first got to the club I was so worried about what people were thinking about me that all I could see was the bad stuff. I don’t do well with bad stuff or bad feelings.

I told myself I didn’t fit in anywhere and just kept hoping that one day something would magically change. But, little-known fact, the word “abracadabra” comes from an Arabic phrase, “avra kadabra,” meaning, “I create as I speak.”

We make our own magic.

If you don’t want to get tossed, you need to listen to your mochi.

You’ve grown up so damn cute. You’ve even got the puppet and everything.

Sometimes the best answer to a problem makes itself heard but only if your mind is quiet.

If you can’t find the rainbow, then stand in the rain and scream.

I’m tired of boys pulling on our pigtails and getting called cute!

I wish I could have stood up to all the bullies who made me feel too weird, too different, too Asian. But you know what, I was only 12 years old.

I’m happy for you Dash. You finally found that perfect girl in your head.

When you put girls on pedestals, they fall.

You have a PhD in positivity.

You’ve encouraged me to be bolder than I’ve ever been, so it’s time for me to put it out there. This notebook isn’t enough anymore.

Well, when one’s different, one’s bound to be lonely.

Atleast tomorrow I will know your name. 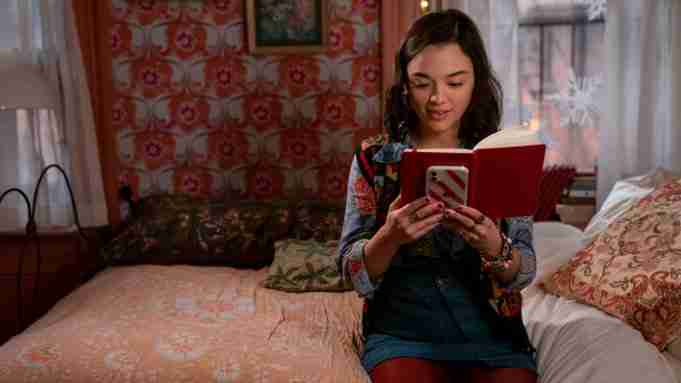 You have changed. But I see now, you changed for her.

This is fate, this is the magic of Christmas.

This was never going to be as easy as it was in the notebook.

I guess I don’t want to play a game anymore.

I was never going to be the guy in your head and you were never gonna be the girl in mine.

Did I ever tell you about my first kiss? I don’t remember it!

There’s a line between being a loner and being a d*ck.

You’ve read so many books, but you’re still hung up on fairy tales.

Men see every girl as a princess to be rescued. And they see themselves as the prince.

The girl I met on the page is the girl I see when I look at you. That’s the girl I’ve been falling in love with.